Ten million quarters from the United States Mint facility at West Point will enter circulation this year. Along with the West Point Mint’s "W" mint mark, they will carry a special "V75" privy mark to honor the 75th anniversary of the allied victory in World War II.

Traditionally, U.S. circulating coins are made only at the Denver and Philadelphia Mints and bear their standard "D" and "P" mint marks. The pair of plants makes and ships them to Federal Reserve branches where they are distributed to local banks and other financial institutions.

Last year, for the first time ever, quarters with West Point Mint’s "W" mint mark entered circulation. Like these 2019-W quarters, this year’s editions will not be included in bulk U.S. Mint-sold quarter products.

Coins often carry a small mint mark, usually a single letter, to identify where they are made. Privy marks are much rarer. The "V75" privy mark appears on the quarter’s obverse (heads) side above the inscription "LIBERTY." The following U.S. Mint video shows examples of the mark:

Developed by Mint sculptor-engravers, the mark’s outline depicts the aerial shape of the Rainbow Pool, which is an integral part of the National World War II Memorial located at the West Potomac Park in Washington, DC.

"In a city of many monuments, the WWII Memorial stands out as one of the most recognized and visited in the city, drawing veterans and visitors to remember the sacrifice and heroism demanded in the conflict that altered world history," the Mint said."

"We believe the "V75" privy mark’s particular placement, adjacent to the portrait of our revered first President, is an indelible symbol and enduring reminder to all generations of the bravery of ordinary citizens who must go to war to ensure their freedom. We at the Mint are proud to present the "W" quarter and "V75" privy mark in this important anniversary year."

Inside the outline, the raised "V" is for Victory and "75" represents the anniversary of the war’s ending.

Equally mixed across the five unique 2020 quarter designs, there will be a combined ten million quarters made for circulation with the "V75" privy mark and "W" mint mark. They will be issued as part of the U.S. Mint’s America the Beautiful Quarters® Program which celebrates national parks and other national sites in each state, D.C., and U.S. territory.

The first two quarter designs bearing the marks launched today, April 6. The U.S. Mint expects these and future editions to begin appearing in circulation within four to six weeks of release. The special quarters are mixed in with Denver- and Philadelphia-struck quarters

"Two million each the first two 2020 "W" America the Beautiful Quarters will be placed into circulation mixed among "P" and "D" mint mark quarters, with one million of each sent into circulation from the Mint facilities at Philadelphia and Denver," the Mint said. "No ‘W’ quarters will be mixed into bulk bags that are sold to coin dealers under the Mint’s bulk purchase program."

Release dates for upcoming 2020-W quarters are contingent on the Mint’s manufacturing capacity and schedule, the agency indicated.

The West Point Mint also minted quarters for circulation from 1977 to 1979. Those, however, do not have mint marks, making them indistinguishable from the ones made in Philadelphia.

Other U.S. Mint coins for 2020 will feature the unique privy mark, including special American Eagle gold and silver proof coins.

The "W" mint mark quarters are among a portfolio of numismatic products, some of which will also feature the "V75" privy mark. Detailed information about these numismatic products will be shared later this year," the U.S. Mint noted.

The U.S. Mint produced over 11.9 billion 2019-dated coins for circulation. More than 1.65 billion of them were quarters with mintages that ranged from 231 million to 475 million across five designs. The U.S. Mint is on track to make about the same number of quarters in 2020.

No, no, no you are missing the point. This is the Coronavirus commemorative!

It would have been much better to place the “75” mark on all 2020 coins (and maybe currency too). That would have been a truly national symbol of remembrance. This just hypes up the “W” quarters. It will make it easier to spot them, and hopefully they will be better mixed this time, so maybe more people will find them. But why add something unique to coins that are already special?

Can anyone give me information about the eBay sales of the first two released 2020-W V75 quarters. The Weir Farms are selling for around $50.00 each but the Samoa Nat Park are selling for about $90.00. I can’t think of a reason they would be so far apart on price. Is there something more special with the Samoa over the Weir? Just wanted to see if anyone had any thought or knowledge why this is. I personally will not pay that for either one but people surly are. Thanks

The prices for the first two W ATB are crazy. I will wait until the end of the year when prices drop to $12-15 each

I beleieve because on ebay ypu could go to the dollar store and buy ten items for a dollar, but post them on ebay and then sell them for 10.00 an item. so in narrow 10×1 =10×10 which is a 90% mark-up. outside that anything collectible,rare, or discontinued or no longer available, vtg, you can list for whatever you want, this is up to the collector what hes willing to pay, so know your collectables and search collectors web sites. The prices of coins can change at any given time.

Because the bat coin got so much press in the regular news media as being “cute” & regular non-collectors are all wanting one.

Last time I went through thousands of quarter rolls from different big banks in my area and there were no W quarters, I believe that people in the banks got them first because there were multiple for sale from the same people

They were only placed in P and D rolls.

No – They are still out there!! I found one in pocket change and 1 in hand rolled quarters!! Keep Hunting! You will find yours!

I found one in change from a Turkey Hill!

Just got my 2020 W Reverse Proof Corona Nickels today inside my 2020 Corona Silver Proof Sets and the quality is nice but the Bat Quarter strike is the weakest out of all of them.
Still Looking for the 2020 W Quarters and again this year it seems to be that a few people have multiple quarters for sale.

will there be a 2020w quarter with privy mark for the “war in the pacific”?

Robro. I agree with you 100% that the same people that had the 2019 W quarters are now the-same ones that have the 2020W Quarters with the privy marks. I complained to the mint about this and their answer was that the people that are lucky to get them can do what they want with them. Look at some of the sellers on eBay with more than 60 or 90 sold. I can’t even find one where the hell did they get that many?

They work at banks & credit unions or have friends & relatives that do, and they grab them all up. Same thing happened in 2009 when the Lincoln Cents had the LP-1 LP-2 LP-3 LP-4 only 4 cents for 1 year with Lincoln log cabin to presidency. They kept the $25.00 cases when they came in & sold them on eBay for sometimes big profits you could tell back then who was getting them all because they had sooo many cases to sell that aint luck that’s greed GREED will destroy this country IMHO!

Illegals in this country have already done that!!!! Semper Fi “Marine”+++

I went thru around $500 to $800 a week mostly new quarter like 90% found 1 also got a $1000 of the Rockefeller with kid planting a tree found zero. Out of a 1000 dollars or 4000 quarters I thought I would of found 1 bit zero. Ya something is shady as usual the government is involved

The mint should not tell in advance of the release date so real collectors have a chance to find some of the W Quarters instead of the bank employees!

All the banks are going through every roll you got it right !!!

The way the mint releases these coins are a joke, hardy any make it into the general public because most are taken at the bank level. The mint should re-think the way they release them so collectors might have a chance to find one and not have to buy one from someone who has all of them.

I found the weir farm w mint v75 in the change I got from McDonald’s . What do I need to do with it I’m new to collecting? Any real advice would be cool of someone thank y’all…

Put it in a airtight container and save it. They will go up in value over time, especially the ones in mint state condition. I have been collecting coins for 55 years.

I just posted on the Samoa w quarter and I found it in my lose change.

Good luck finding one player, like a Trump speech with only 50% lies, no way you get one

I got a w Rockefeller quarter in change back this morning at a turkey hill!

Why is it so hard to list all the 2020 quarters that will have the w mint mark?

I just got a 2020 v75 W U S Virgin Islands Quarter in some change back from Pizza Hut!

Anyone looking for this?? 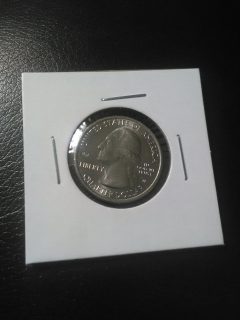 Jimmy: Nice. Have not came across any yet.

Just got one from a broken roll at wawa. TallGrass (released 111620 – so thats pretty UNC to me). I really want 90% silver qtr. singles or rolls tho.

I found 2 – salt bay and the bat one. I went through 300$ quarters. My poker quarters. Lol

Are some dates on quarters on the front and some on the back?