Theodore Roosevelt National Park in North Dakota will be commemorated in 2016 under the United States Mint’s America the Beautiful Quarters® Program. As part of the quarter series, the U.S. Mint at San Francisco strikes proof quality versions for coin collectors. This article presents photos of proof Theodore Roosevelt National Park quarters and the dies used to make them.

We’re able to offer photos of next year’s coins because the San Francisco Mint was busy making them when we went stopped by to see a new robotic system for packaging proof sets. We’ll publish an article about the nifty robotic machines later but first we wanted to share some photos of 2016 coins.

The Theodore Roosevelt National Park quarter for North Dakota marks the 34th issue from the America the Beautiful Quarter series and the fourth for 2016. Created by Joel Iskowitz and sculpted by Phebe Hemphill, the design won from among six candidates. It depicts a young Theodore Roosevelt on horseback surveying the terrain near the Little Missouri River. Inscriptions around the scene are THEODORE ROOSEVELT, NORTH DAKOTA, 2016 and E PLURIBUS UNUM. 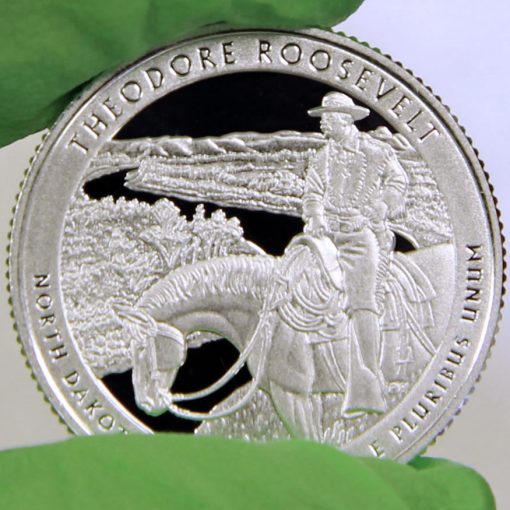 To make proofs, coining presses use special dies to strike blanks into coins. A skilled group of employees at the San Francisco Mint prepares the dies. They’re polished, sent through laser machines for frosting treatments, and are walked through a clean room to undergo a hardening session in a PVD chamber. Below are photos of a die for making 2016 Theodore Roosevelt National Park quarters. Notice that the die bears the quarter’s design in negative. That’s so they stamp a positive image. 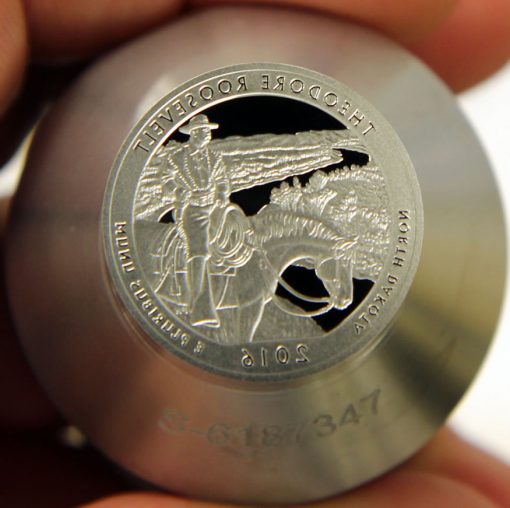 Release information for the first three 2016 quarters is available but it’s still too early to know much about the last two coins. Based on past years, the fourth quarter launch tends to happen around late August to mid-September. There are three major dates to look out for, including:

We’ll let you know when these release dates are known.