Our main reason for visiting the San Francisco Mint was to see their new robotic system for packaging proof coins. That was a thrill, and we’ll talk about it soon. We were also lucky in getting first glimpses at many 2016-dated proof coins to include the five 2016 America the Beautiful Quarters, the final three Presidential $1 Coins and the 2016 Native American $1 Coin.

The 2016 Shawnee National Forest quarter for Illinois marks the 31st issue in the U.S. Mint’s program of America the Beautiful Quarters. Created by Justin Kunz and sculpted by Jim Licaretz, the winning design was selected from among 6 candidates. It depicts a close view of Camel Rock with natural vegetation in the foreground and a red-tailed hawk soaring in the sky overhead. Inscriptions around the design include "SHAWNEE," "ILLINOIS," "2016" and "E PLURIBUS UNUM."

Collectors like proof coins for their attractive mirror-like fields and frosted devices. You can see these traits in the following four photos of a proof Shawnee quarter. 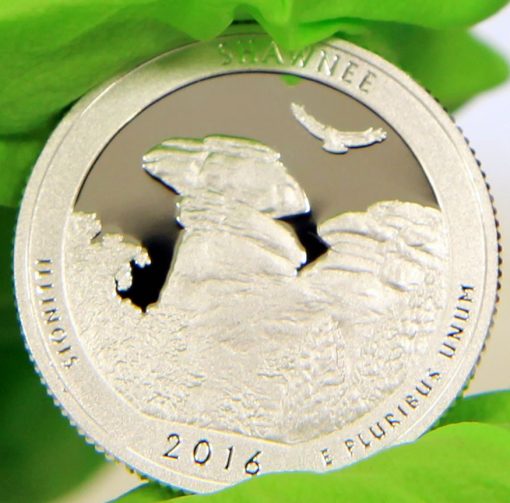 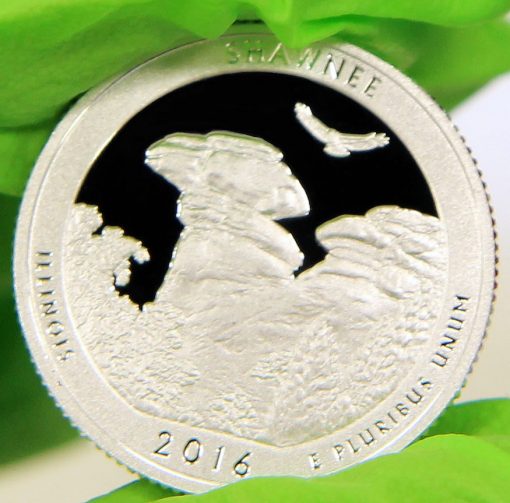 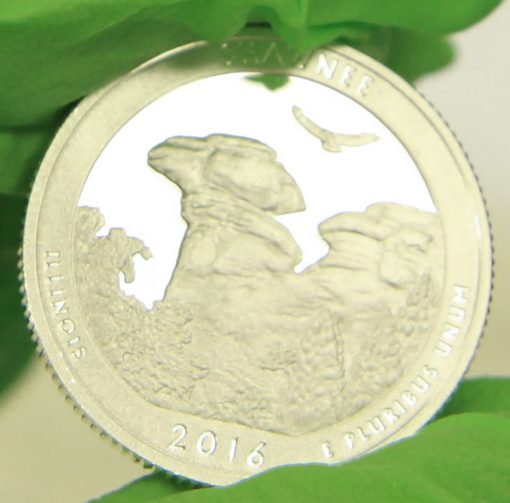 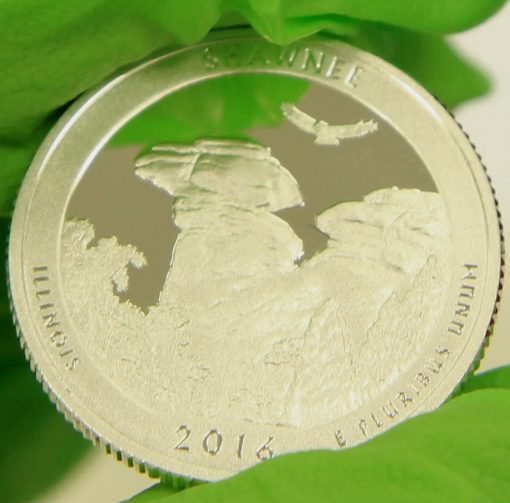 We’ve been fortunate to visit the San Francisco Mint several times. A few years ago we wrote about how the facility prepares coin dies for proof coins. Take a quick look at that article if you’re unfamiliar with what dies are and how coining presses use them to stamp designs on blanks to make coins. Here are two photos of a die that bears the negative reverse design for the Shawnee National Forest quarter: 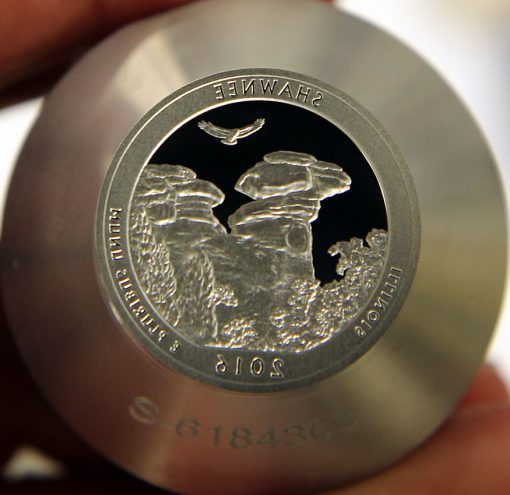 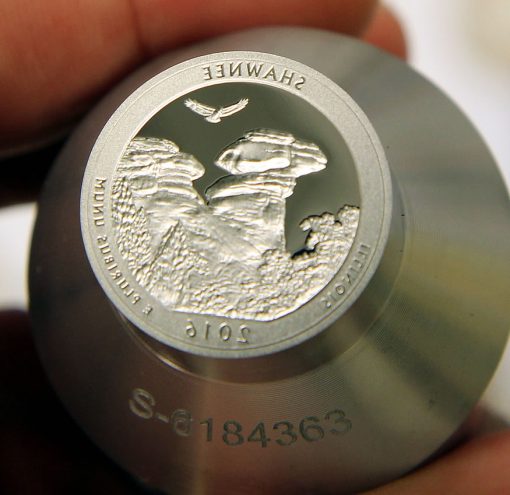 The Shawnee quarter is the first America the Beautiful Quarter for 2016 and it’s expected to launch into circulation around February. The formal ceremonial release is scheduled for Feb. 4, 2015.

Boring! No details, just clumps. What’s to like? The US Mint needs a new crop of designers. Maybe they should talk to the crew at the Perth Mint because they sure need help.