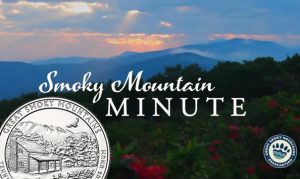 It’s rare to come across exceptional videos that talk about new quarters or those that succinctly describe the America the Beautiful Quarters® Program. A video released last week by the Great Smoky Mountains Association scores big for both topics.

Our hats are off to the GSMA and GSMA’s Cinematographer Gary Wilson who produced the video. In 3 minutes and 51 seconds, Gary takes the viewer through a quick tour of the America the Beautiful Quarters series and then smartly showcases the Great Smoky Mountains National Park Quarter for Tennessee – its four candidate designs, the artist tweaking the final selected design, producing it, and small portions of the coin’s official release ceremony in Gatlinburg, Tennessee.

Courtesy of the Great Smoky Mountains Association, the short video is embedded below. The video is also available on YouTube, located here.

Great Smoky Mountains National Park Quarters are the first this year and the 21st overall in the series of America the Beautiful Quarters that was introduced by the United States Mint in 2010 and will continue until at least 2021. The coin was sent into circulation beginning on Jan. 27, 2014 with an official release ceremony on Jan. 29, 2014.