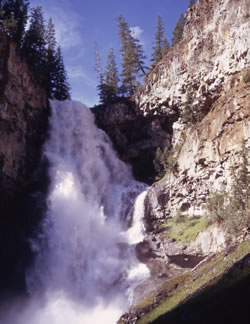 The United States Mint is holding chosen designs and launch information for the 2010 America the Beautiful Quarters very close to the vest. The only fragment of information released about the coins is that the five 210 reverse designs are expected to be revealed during a special ceremony planned for February.

No specifics have been given about either the final designs or the ceremony. The US Mint has also not been public on specific release dates for the coins, only providing a general timeline through their 2010 Product Schedule. (Read about 2010 America the Beautiful Quarters Products for more information.)

Adding to the anticipation in seeing the selected designs is the fact that the two bodies delegated to the task of reviewing and recommending coinage designs (the Citizen’s Coinage Advisory Committee and the US Commission of Fine Arts) agreed on only one of the five candidate 2010 quarters designs. This was for the Mount Hood quarter candidate which shows a rippling lake surrounded by trees in front of Mount Hood.

Both bodies also agreed in principle on a design for the Grand Canyon quarter which shows the Colorado River winding by a detailed canyon wall. However, the Commission of Fine Arts recommended that the art be modified to emphasize a deeper perspective.

This is not the end of the design selection process, however. US Mint Director Ed Moy must also take comment from the Secretary of the Interior, and the chief executive of the host jurisdiction for the respective national park or national site to be honored. Then Mr. Moy can make his own recommendations to the Secretary of the Treasury who has the final say. These steps are likely already completed, or near completion at the very least. When all is said and done, there is nothing stopping the Treasury Secretary from selecting a design not yet seen by the public.

With all the steps involved in the design selection it is understandable that the public is waiting anxiously for the February ceremony to find out what images will appear on the first five of the upcoming 56 quarter-dollars. However, it is not unusual for the Mint to operate with a short lead-time from design announcement to first release. Last year’s D.C. and US Territories Quarters designs were only revealed in mid-December of 2008, with the first one appearing on January 26, 2009.