The United States Mint on Thursday made available the Yosemite Quarter Three-Coin Set for $14.95, plus shipping and handling.

The set is the third release in the new series which debuted last year. It includes three Yosemite National Park Quarters, also the third issues in the United States Mint America the Beautiful Quarters® Program.

The three-coin set is produced for collectors as it contains numismatic coins featuring: 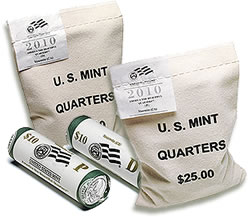 Although the set has a 2011-dated release, the coins are last year issues. The Yosemite National Park Quarter launched into circulation on July 26, 2010. The US Mint also began selling them in bags and rolls on the same day.

The coin was ceremoniously introduced to the public three days later outside the Valley Visitor Center in Yosemite, California.

The Yosemite National Park Quarter reverse shows El Capitan which is the largest granite monolith in the world, rising more than 3,000 feet (910 meters) from the Valley floor. Inscriptions on the coin include YOSEMITE, CALIFORNIA, 2010 and E PLURIBUS UNUM. It was designed by Joseph Menna and sculpted by Phebe Hemphill. 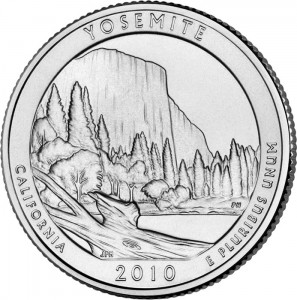 Additional Three-Coin Sets containing the subsequent 2010 America the Beautiful Quarters representing Grand Canyon National Park and Mound Hood National Forest will be released by the US Mint in 2011 as well. Their respective release dates are April 13 and May 5. The 2011-dated Three-Coin Sets have the following expected launch dates:

The Yosemite coin is one of at least 56 that will be issued through 2021 that honor American national parks and other sites throughout the U.S. and its territories.