Recognizing the 14th President of the United States, the U.S. Mint today released the Millard Fillmore Presidential Silver Medal for $65. This medal is struck in 1 troy ounce of 99.9% fine silver and continues the Mint’s multi-year series dedicated to former presidents.

Franklin Pierce assumed the office of President on March 4, 1853, after decades of public service in various political and military positions. Several issues plagued his presidency including his opposition to the abolitionist movement and a failed attempt by several of his diplomats in Europe to force the annexation of Cuba. By the end of his first term in office, he had lost the support of his own party and would be succeeded by James Buchanan in 1857.

Presidential medals produced by the United States Mint date back to the earliest presidencies. Typically struck from bronze, Peace Medals bearing the likeness of the sitting President were gives as a sign of peace to Native American tribes, during peace treaty ceremonies, and for other purposes.

Recalling the past importance of these strikes, the U.S. Mint began minting silver medal editions in 2018, releasing them in the order in which the chief executive served. Recent sales for medals in the silver series are as follows:

The Polk, Taylor and Fillmore Presidential Silver Medals debuted earlier this year. As there is no mintage limit, these medals are all still available to purchase from the U.S. Mint.

A likeness of Franklin Pierce is found on the obverse or heads side of each silver medal. The left-facing portrait was created by artist Salathiel Ellis. Inscriptions around the image include "FRANKLIN PIERCE," "PRESIDENT OF THE UNITED STATES" and "1853."

Appearing on the reverse (tails side) is a design by J. Willson. It features a farmer, leaning upon a plow, and conversing with an Indian Chief. An American flag is shown in the background

Inscribed above is "LABOR," "VIRTUE" and "HONOR."

The Franklin Pierce Presidential Silver Medal may be purchased on the U.S. Mint’s webpage dedicated to silver medals.

It has no mintage or product limits or an ending sales date.

Holy Toledo! Silver surged back above $20, up nearly 8% as of noon ET today. 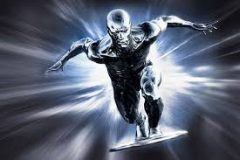 At long last the Silver Surfer need no longer be but a solitary figure in the universe having now been joined by the equally glitzy and similarly fabulous Silver Surger! 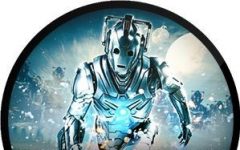 And in other news, a hoard of 7th century (635) gold coins have been found in a wall in northern Israel. Weighing about 170g, you do the math as to their gold value, not to mention the value of each of these coins from a numismatic perspective.

Who finds these treasures, and how? These coins have been buried completely forgotten for 1387 years and someone just landscapes the property and there they are, voila!

Happens in the UK all the time. Someone with a metal detector uncovers a Viking or Saxon hoard in a field.

Clearly if one is searching for stashes of extremely rare, valuable – historically and financially speaking – and beautiful old coins it behooves one to do so in countries that are more than a few hundred years old like ours.

I have found several thousand year old arrowheads in a field.

Now that is truly awesome. Without trying to be in any way dramatic, I wonder if the sense of history that those must convey can be at all “channeled” by simply holding them in your hand?