The pace of minting U.S. coins for circulation slowed for a third straight year, final 2022 production figures from the United States Mint show.

U.S. minting facilities shipped just over 13.6 billion coins to Federal Reserve Banks for circulation release during the calendar year, marking drops of 6% from the nearly 14.5 billion coins struck in 2021 and 7.8% from the more than 14.7 billion coins made in 2020 when production ramped up again to alleviate coin circulation issues brought on by the COVID-19 pandemic.

The U.S. Mint’s main mission is to manufacture coins based on the nation’s demand and then transport them to Federal Reserve Banks and their coin terminals for distribution into circulation.

Of note, the Federal Reserve orders more 1-cent coins from the U.S. Mint than any other denomination even as data shows that it costs 2.1 cents to make and distribute each one. The over 6.3 billion cents struck last year represents 46.7% of the combined production total for 2022. While a lot, this is well lower than in past years. For example, in 2021, the Mint manufactured over 7.9 billion cents for 54.6% of all coins minted for circulation.

Attesting to their lower mintage totals as compared to other coins, Native American dollars are no longer ordered by the Federal Reserve for circulation, but they are still made in circulating quality for coin collector products. The same is true, or was until 2021 and 2022, for Kennedy half-dollars.

Typically, in January, the U.S. Mint strikes both denominations to the expected amounts needed for the entire year. That remained the case for Native American dollars but not for Kennedy halves, which saw their mintages increase in several months last year (January, May and June) and in 2021 (February, March, April, May and August).

2022 was the inaugural year for the U.S. Mint’s four-year series of quarters celebrating the contributions of notable women who have shaped American history.

Honorees for the year include Maya Angelou, Dr. Sally Ride, Wilma Mankiller, Nina Otero-Warren and Anna May Wong. Each features a unique design with:

For the first time, Mint data revealed mintages for the Anna May Wong quarter. They are the second lowest in the series to date.

This next table shows 2022 circulating coin mintages by production facility, denomination, and design.

Here’s how last month compares against others in the past year:

This last table shows productions totals by denomination for December:

And yet I hear there are still coin shortages in parts of the country.

Considering how many millions of each denomination the Mint produced and sent over to the Federal Reserve for distribution to banks nationwide makes one wonder where all those coins went. It would be interesting to determine exactly where the shortages are with the idea that knowledge would help pin down what precisely the problem is.

Still a shortage in my area- I can only geta few rolls at a time from my bank, and my local 7-Eleven is appreciative of buying them from me after I search through them- as their bank cannot supply the number of rolls that they need on a weekly basis. So far, I have found a number of really good uncirculated AWQ quarters in rolls- all releases up to the Anna May Wong one.

I can’t get any from my bank no matter how many times I ask. The last time I made an inquiry they brought out a tray of shabby-looking loose old quarters.

It boggles the mind to realize that the people who owned every square inch of this country thousands of years prior to the arrival of the first White Europeans had to wait almost five centuries before they were begrudgingly granted the status of legitimate inhabitants.
That being said, I do like the proposed imagery for that coin; it’s very elegant.

I like that many Native Americans are making their own coins now, as sovereign nations. I just recently noticed that, too. I had no idea they were minting their own coinage until just a few weeks ago. I assume someone else (maybe even the US Mint) is actually minting the coins for them. It would be cool if they had their own Mint. Imagine if you had to exchange your dollars for Native American coinage when you spend money at their casinos or shops. It would really make it feel like they are a sovereign nation. We say they are a sovereign nation but we sure do still exert a lot of control over their… Read more »

That’s really cool, Major D. I come across images of these every once in a while but have never given any real thought to their implications. Thanks.

I didn’t realize how many varieties of these coins there are for the different nations, even in the area where I live. Maybe I should commission a coin for the Nation of Me?

I would say, why not? It has long been said “No man is an island” but that statement makes no mention of being a one man country. Perhaps you could even arrange to have your coins made of “Antonium”.

Being a real space travel enthusiast I can’t wait to get my hands on that Saturn V coin from Alabama, depending of course on whether the Mint goes ahead with that motif.

That’s one small step for a man. One giant leap for mankind.

Ah ha, you remembered the usually missing “a”. Kudos, my friend!

Man (pun intended), I really hope that the manned moon missions/ space program is profiled on one of these state AI coins. Surely, it’s got to make the list of the top 50 U.S. innovations. I already have a beautiful bronze Mint medal in that regard, Major D, but I certainly wouldn’t mind adding a silver coin honoring the same.

Dimes minted in Philadelphia didn’t have mint marks until 1980. You can google it, to see what the value is. Same with the 1968 dime.

Kaiser, you’re not alone with regards to 1968. From the National Archives: 1968: A Year of Turmoil and Change 1968 was a turning point in U.S. history, a year of triumphs and tragedies, social and political upheavals, that forever changed our country. In the air, America reached new heights with NASA’s Apollo 8 orbiting the moon and Boeing’s 747 jumbo jet’s first flight. However, all was not well on the ground: the country lost a Navy intelligence ship (USS Pueblo) and two proponents of peace—Martin Luther King, Jr., and Robert F. Kennedy. Other events that made history that year include the Vietnam War’s Tet Offensive,… Read more »

… and The Beatles’ Sgt. Pepper’s Lonely Hearts Club Band wins Album of the Year (the first rock LP to receive the award) 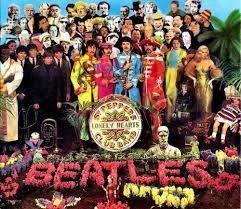 Good Sir Rich and Major D,
In the summer before everything went south that infamous year I spent many a late night (opening hours 11 PM until 3 AM) at this students only club in a former WWII bomb shelter built into the side of a mountain in Heidelberg, Germany, listening to the Sergeant Pepper album over and over again. Good times before the less so. 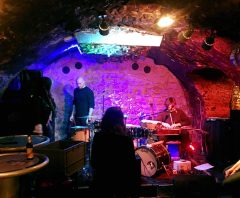 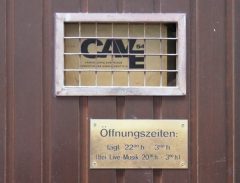 Indeed, the club in their home town of Liverpool where the Beatles could regularly be seen live rather than just heard from the speakers on the walls like they were at Heidelberg’s Club 54. 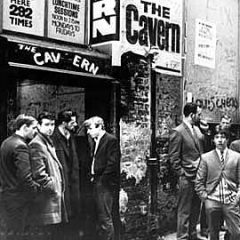 By chance, the interior of the Cavern resembled that of Cave 54.

Wow, Major D, I guess I wasn’t alone in considering that anything but a banner year. Honestly, I don’t know if that makes me feel better or worse about it.

And don’t forget, Richard Nixon was elected that year. “I am not a crook.”

Aw sheesh, Antonio, why pile on the miseries of that year? 😉
To think all this occurred right after the 1967 “Summer of Love.”

I remember that was the year the anti war demonstrations started to take place. Things really began to change in ’68. I still remember the assassinations of MLK and Bobbie Kennedy. It was a sad time. What was the country headed to? We survived and even survived The Donald and the January 6th fiasco. We’ll survive the rise and fall of precious metal prices as well.