Considered the first Chinese American movie star in Hollywood, Anna May Wong is one of this year’s five trailblazing women celebrated on 25-cent coinage as a part of the U.S. Mint’s four-year series of American Women quarter dollars.

Earlier honorees include Maya Angelou, Dr. Sally Ride, Wilma Mankiller, and Nina Otero-Warren. This series will continue through 2025 with designs for 2023 already announced.

"The fifth coin in our American Women Quarters Program honors Anna May Wong, a courageous advocate who championed for increased representation and more multi-dimensional roles for Asian American actors," said U.S. Mint Director Ventris C. Gibson. "This quarter is designed to reflect the breadth and depth of accomplishments by Anna May Wong, who overcame challenges and obstacles she faced during her lifetime."

Created by Emily Damstra and sculpted by John P. McGraw, the new quarter’s reverse (tails side) depicts a close-up image of Anna May Wong with her head resting on her hand, surrounded by the bright lights of a marquee sign.

Obverses (heads side) for all quarters in the series share a depiction of George Washington that was sculpted 90 years ago by Laura Gardin Fraser to mark Washington’s 200th birthday.

Upcoming also, on Oct. 25, the Mint at https://catalog.usmint.gov/ will offer Anna May Wong quarters in an uncirculated finish for coin collectors. Uncirculated quarters originate from the Philadelphia, Denver, and San Francisco Mints. They are hand-loaded into coining presses and struck on specially burnished blanks to a produce a brilliant finish. Product options will include a two-roll set, a three-roll set, and 100-coin bags at prices ranging from $36 to $54.

Apparently the San Francisco AWQ Quarters are unique in more than one way. According to the above column the San Francisco, Denver and Philadelphia AWQ Quarters in the 3 and 2 Roll Sets are all hand loaded and struck on specially burnished blanks to make for a brilliant finish that distinguishes these quarters from the business strike quarters that the Federal Reserve provides to the nation’s banks.

This is all very interesting about the special burnished blanks being used for the roll sets. High prices are being asked right now for these rolls, especially the S. However, my gut tells me that these prices will eventually come down to earth in a few years once silver and gold move up significantly in price. Plus, I don’t see a lot of sustained collector demand for these in the long run either. One man’s opinion. Enjoy your Monday everyone.

I’ll stick with my silver S, thank you.

I know Antonio is already aware of this, but just in case you weren’t yet, East Coast Guru, I never make any coin buying decision based on possible future value (whether increase or decrease) but instead how the purchase would complement my collection. I just like the look of the specially minted AWQs with that particular finish. Bottom line, I don’t sell coins.

The two best quarter designs: the 1976 Drummer Boy and 2021 Washington Crossing the Delaware.

You are absolutely right about that, sam I am tweedy, or at least I can affirm that I am in complete agreement with you. I have quite a few Littleton coin folders chock a block full of the 1976 Bicentennial Drummer Boy quarters and now I’m starting a brand spanking new one for the 2021 Washington Crossing the Delaware quarters. Obviously, when I really like something I tend to go all in!

Were you able to get a roll of Washington Crossing the Delaware quarters? I’m finding them regularly in my change and hold on to them because I like the rendition of Washington on the obverse.

I’m looking for them in change, Antonio. I can’t even remember the last time I was inside a bank since the ATMs are on the outside. 🙂

That being said, I will definitely remain on the lookout for them.

How does everyone feel about the Washington on the AWQs?

Antonio,
In my humble opinion I consider this retro-portrait of our first President to be superior to the one that was originally chosen over it to grace our quarters.

That Mellon shouldn’t have interfered in the coin design. It’s good to know I’m in good company.

I couldn’t agree with you more, Antonio. It’s a shame that a bureaucrat was able to interfere and overrule a superior artistic design and that as a consequence we were stuck with the weaker of two images for decades. 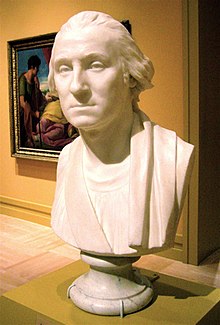 That long? My goodness, in that case it was about time! 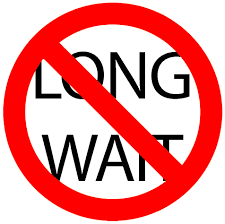 Hello all, I wanted to get the Anna May Wong quarters to give my Asian students as a gift … are they available yet? Let me know please. We are in Colorado.