Rolls and bags of uncirculated 2022 Anna May Wong quarters are the newest numismatic products from the United States Mint’s four-year series of the American Women Quarters™.

Made for collectors, these uncirculated quarters are produced with more care than regular coins made for circulation. (Yesterday, Anna May Wong quarters for circulation started shipping.)

However, demand for these products through the Mint’s pre-order subscription system has proven to be quite high and few may be available for direct purchase today.

"Because of overwhelming demand, much of the production of the 100-coin bags and two- and three-roll sets are accounted for through subscription. Subscriptions work like a magazine subscription," the Mint stated. "Should any inventory become available, those products will be made available via the ‘Remind Me’ feature, the bureau added.

The obverse (heads side) of each quarter in the series has a right-facing portrait of George Washington. Artist Laura Gardin Fraser originally created the portrait to mark Washington’s 200th birthday in 1932.

Inscriptions of LIBERTY, IN GOD WE TRUST and 2022 are inscribed around Washington’s portrait.

Beginning at noon EDT, any available Anna May Wong quarter rolls and bags may be ordered directly from the U.S. Mint’s online catalog of American Women Quarters.

Opt for the REMIND ME option to be informed of new availability.

Coins of the series were authorized by Public Law 116-330 and include a total of twenty issues over four years at a rate of five per year. Each celebrates the accomplishments and contributions made by women to the development and history of the United States.

These same quarters are also available in special sets (clad proof and silver proof) and in Holiday ornaments.

Unless I imagined it, early this morning there were 245 rolls available for the 3 roll set.
looked at 11:45 there were only 191. so, either 54 people had turned off their subscription and turned it back on, or, well,…we know how things work sometimes. it’s who you know.

And the subscriptions have it. I’m glad I subscribed for the Morgan and Peace dollars available next year. This may be the future, we’ll see.

Amen to that, Antonio. This appears the path we are all to follow going forward.

For.a Tuesday release the mint processed subscriptions on Sunday, no changes allowed after that. They did lower the HOL for 3 roll subscriptions last week. I expected more of the 3 roll sets to be available at noon but I never saw any availability at all for them, I wonder where they went.

There was a red order button but it did nothing. It’s back to the blue Remind Me button.

I believe, Antonio, the red button should have been disabled on Sunday. Aside from that, I think we had best get ready for a lot of blue in our future.

There was no difficulty for the subscriptions to have accounted for all of them.

I have no idea why you saw what you saw, Tom, and I have no reason to doubt that you saw it, but in my gut I’m fairly certain that what was presented to you was most likely one of the Mint’s rather traditional and as such not all that uncommon technical glitches.

Hopefully I’ll get the correct coins this time. I’ve has a subscription for 1 of the 3-roll coins from the beginning but they sent the 2-roll instead last time, returned them and received $54 credit and purchased the 3-roll on eBay. So their mistake cost me quite a bit.

Go look at your account history, it should show a subscription processing, select it and it will show the product by name.

When I miss out on a Mint product for whatever reason, I consider it a closed case.

It’s only a matter of time until all the Morgan, Peace, and AWQ Roll subscriptions for 2023 will be taken and as such all those coins for next year sold out.

interesting. I just went to the mint website. clicked on product schedule, selected 2022 product schedule, and that popped up, but now there was also a tab for the 2023 schedule! Unc Morgan/Peace Dollars scheduled for the summer and the proof version for fall release. 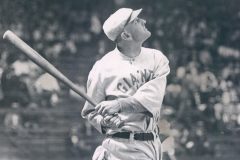 While the 2021 Schedule on the Mint website has been removed, Tom, one can still access it by plugging the year into the Search box.

But, if you hit the red button, nothing happens. It’s just for show.

Ah, but what a show it is, Antonio!

Yes, same thing happened to me yesterday. Button did nothing.

A brand new mystery occurrence at the Mint: magic buttons that do nothing. 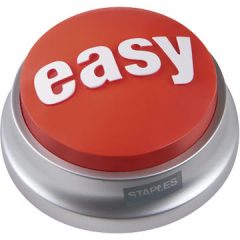 Technically, Antonio, while the above pictured button always has something to say, on an existential basis it is impotent.

I’m surprised, Uncle Chop, that you even saw a hint of a red button. This one was guaranteed to go straight to Remind Me as of several days, if not weeks ago.

How do you find out how many sets are left? I’m left perplexed on where this data is of what remains in inventory, is it on the us mint website? For some reason the mint sent me an email last week saying we are canceling your subscription but when I looked it is in process still, so now I don’t know what to believe. Thanks us mint, 20 years of loyalty and for what…..

Doug- select an item for sale(and it can even be under subscriptions) right mouse click select ‘view page source’ ctrl f type “data-a” then hit the enter key (once or more times) Now, for example, In the case of Morgan Dollar Uncirculated, the production limit is 275000. Since they are not currently for sale, you can only look under subscription, and the data-available will reveal how many are remaining, which this morning shows 84,409. I suspect that is all that is left via subscription, I think the mint is holding some for the date they are actually released. E.g. for… Read more »

Thanks Tom for the information, much appreciated

Enrollments, now more commonly known as subscriptions, last as long as the product line does if you don’t cancel them along the way.

The subscription service was a joke, I ordered 2 of the sets pds Anne May Wong quarters on September 18, I was sent a message from the mint stating that my order was reduced to 1 set due to the high demand. This message was sent just 3 days prior to the release date. I went on ebay site and see sellers revealing they have these sets (2) within the sealed box and the invoice showing same ? Which shows me not all subscription holders were affected.

The only reason I can think of for that apparent anomaly, Ken, is that sometimes if you set up two different, i.e. separate subscriptions for the same item the Mint will in their inexplicable wisdom honor both subscription orders even though that’s technically over the Household Order Limit. Before you ask, I have no idea why this is so.

I enrolled for the P,D,S set and I’m looking forward to receiving the fifth set of 2022 then I will cancel my enrollment. I enjoy collecting the first of something or the first year of something (could be cards, coins, etc.).

you should keep the subscription and work out a deal with someone who wants the quarters next year!

The 2 and 3 roll sets are available for next year. Also the bags as well. Just checked it.

Not a bad idea, Tom. Thank you.

Just got an e-mail from Mint. First quarter for 2023 available in rolls P,D,S for enrollment. Was able to secure the order,. I was lucky

Congrats, Richard, especially since that subscription will be fully booked soon.

In the last two days I’ve found two (Wilma Mankiller and Sally Ride) of the new quarters in circulation. I also found a Sally Ride quarter on the ground of a parking lot.