On Aug. 15, the United States Mint will begin shipping 2022 Nina Otero-Warren Quarters to Federal Reserve Banks and their coin terminals for distribution into circulation.

As a part of the U.S. Mint’s four-year series of American Women quarter dollars, a total of five unique 2022-dated coins will be issued by year’s end with designs honoring Maya Angelou, Dr. Sally Ride, Wilma Mankiller, Nina Otero-Warren and Anna May Wong.

"The fourth coin in our American Women Quarters™ Program honors Nina Otero-Warren, a courageous advocate for women, children, and Hispanic and Native American communities," said U.S. Mint Director Ventris C. Gibson. "This quarter is designed to reflect the breadth and depth of accomplishments by Nina Otero-Warren who overcame challenges and obstacles she faced during her lifetime."

Obverses (heads side) of the series of quarters share a depiction of George Washington that was sculpted 90 years ago by Laura Gardin Fraser to mark Washington’s 200th birthday.

Upcoming also, on Aug. 16, the Mint at https://catalog.usmint.gov/ will offer Nina Otero-Warren quarters in an uncirculated finish for collectors. Uncirculated quarters originate from the Philadelphia, Denver, and San Francisco Mints. They are hand-loaded into coining presses and struck on specially burnished blanks to a produce a brilliant finish. Product options will include a two-roll set, a three-roll set, and 100-coin bags at prices ranging from $36 to $54.

I’ll try to get a roll of these from my bank next week. We’ll see if I’m successful. The last issue went out into circulation quickly but I haven’t seen them yet.

According to the reports we have received from many of our site members located throughout the country, a lot if not most of the opportunities for acquiring any special coins in circulation seem to be dependent on purely geographic dumb luck.

You’d think there’d be a wider distribution for these coins. My bank told me, they had the last issue when they first came out and then disbursed them or mixed them in with other coins. I still haven’t seen them. I think a lot are disappearing into people’s collections, as with the Lincoln bicentennial cents.

I wouldn’t say they’re necessarily as hard to come by as those ATB “W” quarters were, but they’re definitely not flooding the bank rolls with them.

No, they’re not. I only found two Wilma Mankiller quarters in the latest roll I received from my bank, along with two Maya Angelou quarters and no Sally Ride quarters. I’m going to try to get a roll of new quarters today and possibly they’ll be the Nina Otero-Warren quarters. It may be too early yet. I was VERY fortunate to find two W 2019 quarters in a roll a couple of years ago. I’m still looking for more, you can never tell. The W’s are out there (to requote the X Files).

What’s with those nasty, through-the-wringer ones? They don’t look authentic to me, like they’re from China. I return them to my bank for an exchange and tell the teller I don’t want those ones, they won’t work in the washing machines at my laundry mat. They exchange them without question.

Since we’re already getting all our appliances, toys, and pandemics from China, why not our coinage too? Egad and gadzooks!

It wouldn’t be surprising, Major D, if most of the American flags sold in the U.S.A. were in fact made in the People’s Republic of China.

That’s the other thing. When you can get quarter rolls a lot of them look like they’ve been buried with mummies and brought out for the occasion.

Bring out the mummies! 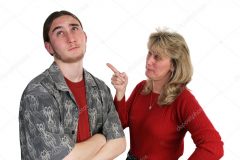 My own “Mummy” has long departed this veil, but not until after a long fulfilling life. You are so correct; it was unwise to upset the Mummy!

Heck, if you’ve got a Sally Ride State Quarter kicking around the house, you’re financial future is likely assured!

You made me laugh, Kaiser Wilhelm!

God knows I owe you some of those to make up for my all too frequent grimness, but I’m working on that now too!

Perhaps there is an unusual and/or exceptional Error Coin in your future, Major D; never despair!

Even when I’m not here your a babbling MORON, attention seeking charlatan and pathetic Turd
CHARLATAN :one making usually showy pretenses to knowledge or ability : A TRUE FRAUD AND FAKE a charlatan is willing to do and say virtually anything to remain in the spotlight
You have taken every cheap shot possible at anyone who contributes, plays well and shares with other’s because you crave the spotlight – your despicable

SENZATIVE,
You better run while you still have something to cling to. You are really bad at insults, I do not see how you managed to terrorize people here for so long. Now Major D shows he is better than you at memes. POORSENZA, all you have left is NONSENZACAL rage.

I would like to acquire a roll of these from my local bank also, especially since I would then have both grades of these quarters. After all, the Mint is selling the Uncirculated Grade, i.e. Numismatic Quality quarters directly to us while providing the Business Grade, i.e. Circulation Quality quarters only to the Fed for further distribution to the nation’s banks.

I received my first Wilma Mankiller quarters on Saturday (August 13). The Nina Otero-Warren quarters will be received by banks today (August 15). I hope I can get a new roll.

Good luck with that, Antonio. I for one am too old and tired to bother visiting the bank.