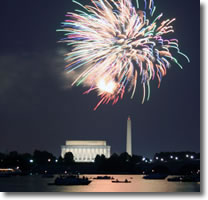 The United States Mint announced in a media advisory Friday that it will reveal the 2009 Lincoln penny designs during a news conference at the Lincoln Memorial on Monday, September 22.

The news event will be hosted by Mint Director Ed Moy and the Abraham Lincoln Bicentennial Commission.

Four pennies with different reverse designs will be released in 2009 to celebrate the bicentennial of Abraham Lincoln’s birth and the 100th anniversary of the Lincoln cent.

While the obverse or heads side of the penny will remain unchanged, the 2009 pennies will bear new reverse images for the first time in 50 years. In 1959, the currently used Memorial reverse replaced the well known Wheat Ears design.

Abraham Lincoln was born on February 12, 1809. On the same day in 2009, the first new Lincoln cent will be issued. The remaining three pennies will be released at intervals throughout 2009, and the existing design returned in 2010.

The news conference will be held at the Lincoln Memorial Reflecting Pool Plaza at 10 a.m. ET, Monday, September 22, 2008.

In addition to new circulation pennies, the Abraham Lincoln Commemorative Coin Act also calls for up to 500,000 commemorative silver dollars for collectors in 2009.

Images of the commemorative dollar will be released at a later date.