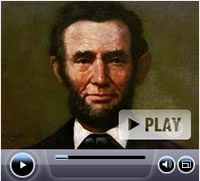 The mainstream press picked up and ran with the U.S. Mint’s promotion of Lincoln penny images and the new coins to honor the bicentennial of Lincoln’s birth and the 100th anniversary of the Lincoln cent in 2009.

Nearly every major outlet had something to say about the four commemorative coins. And, why not? It’s not every day a circulating U.S. coin gets a 50-year-old makeover.

Before the evening news Monday, several thousand CoinNews visitors had read about the upcoming changes.

While the quantity of visitors to the article was no record-breaker, or "top 20" for that matter, it is clear from the volume of interest that both collectors and non collectors are looking forward to the new designs and coin issues — the first of which will occur on February 12, 2009, or the 200th anniversary of Lincoln’s birthday.

A simple Google search will reveal the several hundred articles, but few videos from national media are available. There is one, however, from CBS News anchor Katie Couric. It’s about 90 seconds long, and worth the watch.

You may also be interested in the CoinNews article, Penny Design Images for 2009 Circulating Cents, or websites dedicated to the coins, like Lincoln Bicentennial Pennies and Lincoln Pennies.