Ponterio & Associates to Auction World and Ancient Coins in Baltimore

Bowers and Merena and Teletrade Realize Over $15 Million in LA

Bowers and Merena to Feature Globus Collection of U.S. and World Coins

The auction will feature the collection of U.S. and world coins assembled by one of America's most renowned numismatic collectors, Dr. Alfred R. Globus. 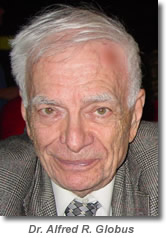 Dr. Alfred R. Globus was born July 1, 1920, in Brooklyn, New York. He received his Doctor of Science degree from Hanover College in Indiana and for a short time served as professor of biochemistry at Fairleigh Dickinson University.

He licensed his first chemical process at age 20 for the electrolytic recovery of iron from iron ore, and just two years after that he formed the company that would later become United-Guardian, Inc.

In 1943, he built a commercial plant for the production of vitally needed tungsten concentrates, and served as a consultant to the War Production Board during World War II. Dr. Globus served as the chief executive officer of United-Guardian for more than 60 years.

Over those years he was granted at least 35 patents for the many products and processes that he developed. Dr. Globus passed away in April of 2009 at age 88.

(Irvine, California) -- A wide selection of rare ancient and world coins will be offered in Bowers and Merena's Official Auction of the American...
Read more
12Page 1 of 2