United States Mint images along with a few collector products and circulation release dates have been published for the 2022 American Women quarter dollars. Authorized under Public Law 116-330, the U.S. Mint’s four-year series of American Women Quarters™ features reverses (tails side) that celebrate the contributions of notable women who have shaped American history.

The quarter program calls for up to five unique quarter designs every year beginning in 2022 and continuing through 2025. The women commemorated on the 2022-dated quarters are:

In October, the U.S. Mint unveiled line art images for these quarters that came about from a several-step design selection process.

Flashing forward a couple of months to now, some quarter release dates, and other quarter product information is available.

For example, 2022 Maya Angelou quarters began shipping earlier this month, with an official circulation release date of Jan. 3. Some are already appearing in pocket change.

Also, the U.S. Mint will begin selling rolls and bags of uncirculated Maya Angelou quarters on Feb. 7 at prices ranging from $36 to $54. Made for coin collectors, uncirculated coins are hand-loaded into coining presses, and they are struck on specially burnished blanks.

Circulating release dates for the other four 2022 quarters have yet to be announced, although releases around the months of March, June, August, and November are typical based on previous quarter programs.

Editor’s note: The latest published circulation release dates are March 21 for the Dr. Sally Ride quarter, June 6 for the Wilma Mankiller quarter, Aug. 15 for the Nina Otero-Warren quarter, and Oct. 24 for the Anna May Wong quarter.

In addition, the U.S. Mint has March 22 as the date of release for uncirculated Dr. Sally Ride quarter rolls and bags. (Editor’s note: read about their release.) Currently, rolls and bags of Wilma Mankiller quarters, Nina Otero-Warren quarters and Anna May Wong quarters have more general release dates of spring, summer, and fall.

Editor’s note: The latest published roll and bag release dates are June 14 for the Wilma Mankiller quarter, Aug. 16 for the Nina Otero-Warren quarter, and Oct. 25 for the Anna May Wong quarter.

Editor’s note: The U.S. Mint just published release dates of March 8 for the clad proof set and March 29 for the silver proof set.

Finally, the U.S. Mint will also offer five ornaments with each featuring one of the quarters in uncirculated quality.

The design depicts Maya Angelou with her arms uplifted. Behind her are a bird in flight and a rising sun, images inspired by her poetry and symbolic of the way she lived. Inscriptions are "UNITED STATES OF AMERICA," "MAYA ANGELOU," "E PLURIBUS UNUM," and "QUARTER DOLLAR."

This design depicts Dr. Ride next to a window on the space shuttle, inspired by her quote, "But when I wasn’t working, I was usually at a window looking down at Earth." The inscription "E PLURIBUS UNUM" is intentionally positioned over the Earth next to America, indicating that out of all women in the United States, Dr. Ride was the first into space. The additional inscriptions are "UNITED STATES OF AMERICA," "QUARTER DOLLAR," and "DR. SALLY RIDE."

This design depicts Wilma Mankiller with a resolute gaze to the future. The wind is at her back, and she is wrapped in a traditional shawl. To her left is the seven-pointed star of the Cherokee Nation. Inscriptions are "UNITED STATES OF AMERICA," "E PLURIBUS UNUM," "QUARTER DOLLAR," "WILMA MANKILLER," "PRINCIPAL CHIEF," and "CHEROKEE NATION," which is written in the Cherokee syllabary.

This design features a close-up image of Anna May Wong with her head resting on her hand, surrounded by the bright lights of a marquee sign. Inscriptions are "UNITED STATES OF AMERICA," "E PLURIBUS UNUM," "QUARTER DOLLAR," and "ANNA MAY WONG."

This design was actually recommended for the 1932 quarter by the George Washington Bicentennial Committee and the U.S. Commission of Fine Arts, but then-Treasury Secretary Andrew Mellon instead selected the familiar John Flannigan design.

Finally the original image of George Washington, as it should have been, will be on a circulating U.S. quarter. Long overdue.

seems these quarter designs always lose something when they go from pencil sketch to actual metal. the anna may wong quarter is a perfect example – the eyes in the pencil sketch lose much of their impact by the time it gets stamped into metal.

and no, i’m not suggesting the mint start painting coins – rather, they should have some sort of software to run the pencil sketches through so artists can see how it will get rendered into metal, and adjust accordingly.

Speaking of colorizing coins, like the upcoming Purple Heart colorized silver dollar: Orders for the limited-edition colorized 2022-P National Purple Heart Hall of Honor silver dollar will be restricted to one coin per household with a maximum product limit of 25,000 coins, however the U.S. Mint has not disclosed whether 10% of the total limited number of coins available will be assigned to the Authorized Bulk Purchase Program, for advance purchase by the 18 dealers who participate in that program. Yesterday, Coin World reported on a potential method collectors can employ to help in ordering and securing upcoming releases that… Read more »

Sir Kaiser, unfortunately this is all the information in it’s entirety on the subject contained in the Coin World, US Coins News article, “Limits planned for Purple Heart colorized silver dollar” by Paul Gilkes, Coin World, Published: Jan 28, 2022. It does appear to imply the use of this method for ordering the upcoming Purple Heart commems, which are currently in the coming soon “Remind Me” mode. I myself have not tested or tried it in placing orders for limited-edition numismatic products as referenced. BTW, do you happen to know if the 18 dealers who participate in Authorized Bulk Purchase… Read more »

Force be with you, Sir Kaiser. 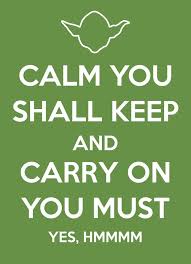 That’s worthy of a good chuckle. 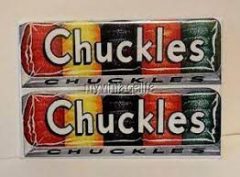 My Name is Not important

Why was the direction of Washington reversed and why was his head made larger?

Paul Bergeron
Reply to  My Name is Not important

The 2022 AWQ image of Washington was created in 1931 by Laura Gardin Fraser, and that design won the competition to be used on the new “Washington quarter” that would be introduced in 1932 to replace “Standing Liberty” quarter. The winning Fraser design was rejected by US Treasury Secretary Andrew Mellon, who decided to use an alternative design by John Flanagan for the US quarter featuring George Washington.1932 was the 200th anniversary of George Washington’s birth and that had motivated the design competition to come up with an image of Washington for the 1932 quarter. Flanagan’s version faced opposite Fraser’s… Read more »

I got a 2022 Maya Angelou in change today at a convenience store here in Mid Michigan. Very surprised.

Why is facing the same way as Lincoln

Why did the 2022 quarter change Washington? He is facing the wrong way and he looks different. I’m not a fan at all. Why would you have Washington turn his back on “in God we trust”?

Amen!!!! I don’t have an issue with Washington himself on the coin…..but yes, the fact he’s turning away from “In God We Trust” is upsetting at best. It’s downright disgusting and is a continuation of the anti-religious path this country is on! WE THE PEOPLE need to demand it be changed! You don’t have to be a Christian to stand by this…..most all faiths have a belief in “God” no matter what specific name you use. Besides, last I knew, not even an atheist will refuse to use US currency because of this phrase.

If we’re turning away from God, it started back in the 1930’s, when this design was chosen for the quarter but rejected by Secretary of the Treasury Mellon.

This was the original design for Washington chosen in 1931.

These new quarters are too busy, pandering, are hard on the eyes and lack true art design. Am very thankful these days I do not spend or collect coins like I use to. Bring the Bald Eagle back to represent everyone instead of pandering to select groups! Even American coinage is devisive now.

Antonio
Reply to  Van B

The next series will commemorate American youth sports. The heraldic eagle may never return.

My Dr. Sally Ride Quarter is upside down ?

Which mints are the coins minted. I ordered the coin holder books and there is one place for a coin. The mint I have found are the D mint mark

What’s the Nina warren coin worth???