One of the most popular annual products for coin collectors went on sale today at noon EDT. Featuring new two-card packaging and a total of 20 coins, the U.S. Mint’s set of uncirculated coins for 2022 is available for $25.25.

It is officially named the "2022 United States Mint Uncirculated Coin Set®." This and past issues are often called "Mint Sets" by collectors. They complement circulating coinage produced by the two U.S. minting facilities responsible for the nation’s coin supply — the Philadelphia and Denver Mints.

‘P’ indicates a coin produced at the Philadelphia Mint while ‘D’ notates coins struck at the Denver Mint.

The 2022 Mint Set has coins with designs only to be used this year. This includes the Native American $1 Coin which acknowledges the contributions of Ely S. Parker. Parker was a U.S. Army officer, engineer, and tribal diplomat, who served as military secretary to Ulysses S. Grant during the U.S. Civil War. While serving in that capacity, he rendered the formal surrender documents signed by Robert E. Lee at Appomattox, Virginia.

The P&D 2022 American Women quarter dollars also carry unique, one-year-only designs. The five quarters, honoring Angelou, Ride, Mankiller, Otero-Warren and Wong, are the first in a series to celebrate the accomplishments and contributions made by women to the development and history of the United States. This program is scheduled to run through 2025.

The 2022 Mint Set has a product limit of 250,000. For comparison, sales figures from recent past year’s issues are as follows:

*Last year’s set remains available and is also priced at $25.25.

My collection for 2022 of circulating/(non-circulating) coins is complete. If only there were the proof Morgan and Peace Dollars. Oh stop moaning. 🙂

There will be a proof Morgan and Peace in 2023. There is also going to be a Reverse Proof set issued. As well as a P and S of each in uncirculated condition.
Enrollments for each of them are available on the US Mint website.
HAPPY COLLECTING.

Got my enrollment notification and it actually is showing in my order history which had not been working all year. I also got a notice that I was now eligible for the loyalty program free shipping which is odd since I should have been eligible months ago.

Roger, I receive the same message all of the time.

You just might be right, Major. I own quite a few uncirculated sets, and I find them very attractive coins. This particular set, with the five American Women coins, makes it even more attractive. 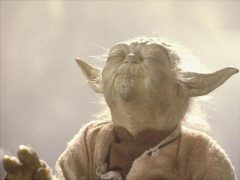 We will be using credits

Fellow Collectors —
Please make sure to EXAMINE your Uncirculated Sets. Every coin in my shrink-wrapped sleeves were damaged … most likely by the machine that packaged them. Look at the 4 Crimp marks in them!

Mine are going back.
— Mike 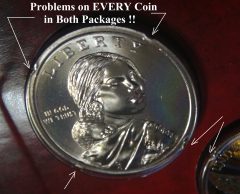 Kaiser, with my apologies to you for replying to my own note … if you thought it was difficult to first day order the Morgan Dollars, just try getting a response on the Mint’s site for returns. After a half dozen web freezes I finally called them … just to be left on an eternal hold and then dropped … and then to have to spend a half hour to get them to confirm the return. But watch this space as they said they were sending my a postage pre-paid mailer to my eMail. It’s been about an hour and… Read more »

I have the same issue with the damaged coins. I called the mint and I am sending mine back too. Seems it’s something the mint is unaware of.

If I get a replacement how do I know if the same thing won’t happen again?

It is hard to tell, and I am not 100% sure, but it looks like the problem is the packaging, and not the coins. I can feel the indent in the plastic with my thumbnail. When I look towards the top of the coin rim from the bottom looking up it does not look like the coin is indented. Same when I look across the coin at a low angle towards the crimp. It does not appear the coin is indented. I guess we wont be completely sure until someone opens a set (not me) or the mint looks into… Read more »

i just received my 2022 uncirculated set but i notice a “nick” in four places to each coin in the sealed package. there is a machine nick in (clockwise) positions 2, 4,8 and 10.
should i contact the Mint and get a reissue? thanks Rich

Richard & Carl — Looks like both of you got the same “nicks” in your coins and/or packaging as me. While it would be my hope that it was only in the packaging, I am not giving the Mint any leeway on it. The problem is that there is no way to really know unless you open it up … which seems to defeat one of the main reasons you get it as a set. Would YOU buy it from someone if one or more of the coins had been tampered with? Didn’t think so. If the replacement has the… Read more »

I just received my 2022 mint set yesterday and I noticed all 20 coins have a nick on the rim in the same location at the 2/4/8/10 point. I notified the mint and they said it’s not for security reasons this was done just a defect and would send a replacement if I so desired.

Roy, Richard, Jeff, Carl, and Mark —
Looks like we all had the same experienced with the Uncirculated sets that I reported 3 days ago. Look at the picture I attached to that posting. But for the Mint to tell Roy that is was “just a defect” is totally not acceptable.

Let’s all flood them with our returns. What part about expecting a perfect Uncirculated set doesn’t the Mint understand.
— Mike

Hi Mike Hunt,
I would like to hear an official statement from the mint on this subject. Are the coins damaged, or is it just the packaging? Right now, I think there is a good chance you will get the same damage on your replacement. I guess I still have a few days to decide.