The U.S. Mint’s pace of striking coins slowed for the first time in four months in April but it was still quick.

The Mint produced over 1.27 billion coins last month — spread across cents, nickels, dimes and quarters, representing declines of 12% from March and 3.1% from April 2021. The 1 billion production level has been topped in 14 of the last 15 months.

The Federal Reserve orders more 1-cent coins from the U.S. Mint than any other denomination even as data shows that it costs 2.1 cents to make and distribute each one. The Mint struck 708.8 million Lincoln cents in April, representing 55.4% of the circulating-quality coins produced last month.

If the current production pace stretched through to December, the annual mintage for 2022 would top 15.7 billion coins. The U.S. Mint manufactured nearly 14.5 billion coins for circulation in 2021.

Lastly, in addition to the 2022 Native American dollar with its one-year-only design, the U.S. Mint has released the first two issues from their four-year program of American Women quarter dollars. Each features a unique design. They include:

This last table offers a breakdown of this year’s mintages that have been reported by coin design, including the pair of quarters just mentioned:

There are 4.4 million in quarters that the U.S. Mint has yet to officially assign to a design. These are likely the first of many more quarters to depict Wilma Mankiller.

Low numbers for Sally Ride. A lot of pennies, wonder how long we will make them.

As long as the other coins are minted you’ll need pennies to make change. So the penny stays until all the other denominations are done away with.

Guess the quarter scarcity over with as the business that use them aren’t hollering much (vending machines, coin laundry mats, etc.).

other places have removed their low-denomination coins by simply rounding off. e.g. in canada, you round off cash transactions to nearest nickel. it’s not that hard really, if people don’t care enough about cents to just leave them on a counter then they don’t care enough to worry about rounding off. you can of course still use exact value in cashless transactions such as checks or credit cards.

I will never leave change. When you’ve been poor, you know they all add up. I can imagine “rounding off” is equal to rounding up – because no one is going to round down. Another way of creating inflation. The IRS will go after a bill it sends out for $0.00. (That’s not a joke – they’ve actually done it. They would not leave the guy alone until they had a check for $0.00.)

So I shouldn’t spend my Sally Ride quarters on laundry.

as inflation goes up, cents become less and less useful. think about it this way. the US gave up on the half cent way back in 1857 because it didn’t have sufficient economic value (!) at that time. and yet, adjusted for inflation, half a cent in 1857 is worth about $0.17 today. That’s more than not only the cent but the nickel and dime also, and even encroaching into quarter territory. so long past time to move on from cents. sure, keep making them for collectors much like half dollars and dollars, but there is no economic reason to… Read more »

Not that I’m a penny fan but someone in US Gubmint does to keep them in monetary system.

actually it’s mostly mining industry lobbyists tugging at congresspeople and also probably the mint workers union are the ones that really want to keep cranking out cents. the mint itself probably would love to get rid of the cent – because it eats into their budget (as cents cost more to produce than they make from selling it to the fed), as the mint has to operate without federal budget allocation (i.e., they have to get by on just the profits they make from seignorage and collector coins – which explains why they keep increasing premiums on coins, to help… Read more »

At least it was made of copper. Pennies today aren’t. We need to get back to the standard they originally used. Enough of this “play money”

The US Mint is another example of Technology not being allowed to stand in the way of corruption and Human failure:

Robots and Computers are replacing Humans in many manufacturing process and producing a coin would be one of the easier processes to completely replace Humans but then all of those special Gubmint employees wouldn’t have those cushy Jobs.

And… perhaps NGC couldn’t payoff a computer to produce error coins just for them and BOTS would instantly be zapped out of the ordering process by the Human-less Super Computer. 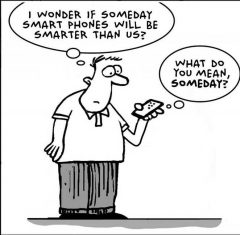 Hi Major D, yes I received the same email from the Mint today.

Yep Major D, got that email too.

You guys must have more frequent buyer miles than I do

I Noticed Not Many Nickels We’re Minted. Reason Why?

Unless you’re in Canada. There are no cents.