This dollar is the last of four to be issued in 2021 as part of the the U.S. Mint’s American Innovation® $1 Coin Program. The series was introduced with a single coin in 2018 and since features four unique designs annually. Altogether, when completed, the program will have celebrated an innovation or innovator from each state, the District of Columbia and the five U.S. territories.

Designed by Ronald D. Sanders and sculpted by Joseph Menna, the new dollar’s reverse shows a stack of three textbooks with "First Public University" on the spine of the middle book.

A lamp of knowledge appears on top of the books and olive branches curve around the edge of the design. Reverse inscriptions include "UNITED STATES OF AMERICA" and "NORTH CAROLINA."

The obverse (heads side) of all American Innovation $1 Coins bear the same basic design — a dramatic representation of the Statue of Liberty in profile. It was created by Justin Kunz and sculpted by Phebe Hemphill. Reverse inscriptions read: "IN GOD WE TRUST" and "$1."

Obverses also carry a privy mark of a stylized gear, representing industry and innovation. The gear’s depiction is unique to the four 2021 dollars.

Coins of the program also bear edge inscriptions which, in this case, include the year "2021," a mint mark of "D" or "P" for the Denver and Philadelphia Mints, and "E PLURIBUS UNUM."

25-coin rolls may be purchased for $34.50 with 100-coin bags for $117.50 each. Options include coins produced at the U.S. Mint facilities in Denver or Philadelphia.

As mentioned, a single coin in 2018 started this series. Since then, and until completed in 2032, four new issues have and will appear annually until all 56 locations of the program are represented. To date, the series includes:

Next year, the program will honor innovation in the states of Rhode Island, Vermont, Kentucky and Tennessee. The Mint just unveiled the 2022-dated dollar designs.

Ordered mine today – yes I collect these and I’m excited about future releases as I suggested to the Mint that some silver releases would boost interest in the program. It’s me and I approve this message 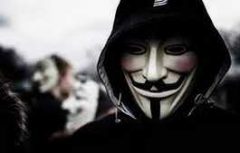