Virginia American Innovation dollars are now available. Carrying an uncirculated finish, this newest dollar may be purchased directly from the United States Mint in 25-coin rolls and 100-coin bags. The rolls and bags are filled with dollars produced at the Philadelphia and Denver Mints.

Each $1 coin offers a reverse (tails side) design depicting the Chesapeake Bay Bridge-Tunnel. The 17-plus mile bridge tunnel complex is recognized as an engineering wonder of the modern world.

The Virginia dollar appears as the second of four issues in 2021 as part of the Mint’s American Innovation® $1 Coin Program which honors innovation and innovators from each of the 50 states, the District of Columbia and the five U. S. territories — Puerto Rico, Guam, American Samoa, the U.S. Virgin Islands, and the Northern Mariana Islands.

The obverse (heads side) side of all American Innovation dollars is the same, offering a view of the Statue of Liberty. Inscriptions include "IN GOD WE TRUST" and "$1."

Obverses also include a privy mark of a stylized gear, representing industry and innovation. The gear’s depiction is unique for the four 2021 dollars.

Rolls of Virginia Innovation dollars may be purchased for $34.50 each. Bags are $117.50 each. Buyers may choose between dollars struck at either production facility — Philadelphia or Denver.

They may be ordered from the U.S. Mint’s online store for American Innovation products.

The American Innovation series debuted in 2018 with a single release. The series is scheduled to include four new issues annually until all 56 locations are represented. To date, the series has included:

I remember being on that bridge during a thunderstorm – still have nightmares about it.

Looks as if this coin’s designer was partial to the Chevy Impala and Ford Galaxy.
Given the Public’s distaste for these one dollar coins, the Edsel and Studebaker would have been a more appropriate choice of vehicle to depict.

Of course you’re aware of the tiny seated Lincoln on memorial cents’ reverse, but did you ever notice the tiny letters listing the states (several) on the pediment of the memorial depicted on $5 notes?

They’re not quite legible in this image, but you can see the blurry text. 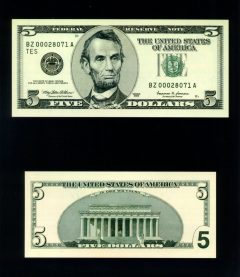 Pretty sure they wrap around entire structure, and there’s probably 48 states shown as it was opened in 1922. 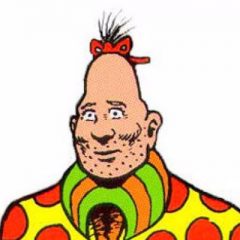 General question:. Type 2 gold goes on sale tomorrow, but no price listed yet. Aren’t they supposed to list the price based on their price-gouging precious metals matrix 7 days before sale? 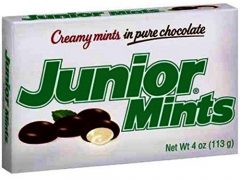 Isn’t that Paul Newman? My uncle broke his thumbs! 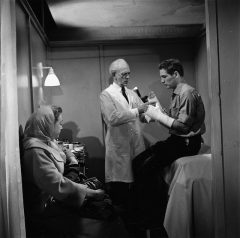