A collectable pure silver coin set launched by The Perth Mint has revived all but forgotten decimal designs produced more than 40 years ago. The coins portray the captivating artistry of Andor Mészáros (1900-1972), a leading contender in the Federal Government’s decimal coin design competition held in 1966. 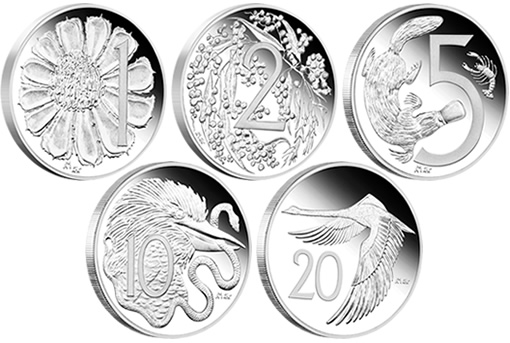 Competing against several artists, including Stuart Devlin, Andor’s artistry was ultimately unsuccessful in winning the competition. Yet, the Mint believed that many of its collectors would be fascinated by the tribute set, which provided a unique opportunity to admire and appreciate his significant contribution to Australian numismatics.

Speaking at the launch of the program at the former Melbourne Mint, Perth Mint Sales and Marketing Director Ron Currie said the set reveals the depth of artistic talent involved in the creation of Australia’s decimal coins in 1966. "Looking at the Mészáros designs today, there is no doubt that they endure as fine examples of iconic Australian coin art."

Two of the images – the black swan and the wattle – were featured on a rare piece of Australiana known as Australian Pattern Crown, commonly referred to as the unofficial 1967 ‘Goose’ dollar. Minted privately in gold and silver, this famous but unofficial release is highly sought-after whenever one comes to auction. 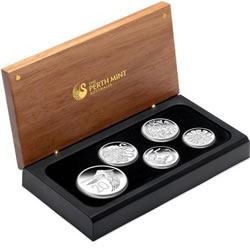 The other three images had seemingly disappeared forever until The Perth Mint decided to celebrate all five designs in its new commemorative set. In a further boon for collectors, the set received the blessing of acclaimed sculptor Michael Mészáros, who supplied the Mint with plaster sculptures of his father’s designs.

Meticulously struck from 99.9% pure silver in proof quality, the coins are issued as official Australian legal tender. The obverse of each release portrays the Ian Rank- Broadley effigy of the Her Majesty Queen Elizabeth II and the 2009 issue-date.

No more than 7,500 sets, each housed in a presentation case accompanied by an information booklet incorporating a numbered Certificate of Authenticity, will be released by The Perth Mint.

"This set represents the highest form of recognition The Perth Mint can bestow on Andor Mészáros’ achievement," Ron Currie added. "His memorable designs have been minted into history and are now irrevocably part of Australia’s numismatic heritage, a fact that I’m sure would have delighted him."

The Perth Mint 1966 Australian Decimal Pattern Set retails for $169.00 and is available on FREECALL 1800 098 817 or from The Perth Mint Shop, located at 310 Hay Street, East Perth. Purchasers may also order online at www.perthmint.com.au or at their local coin dealer, including Australia Post.

[Orders may also be placed via the CoinNews affiliate link: