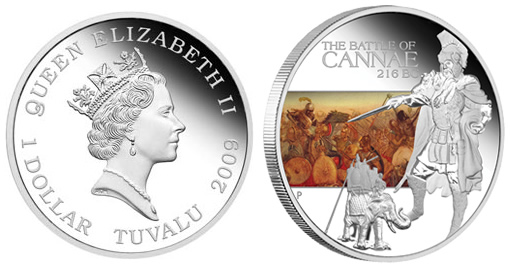 The Battle of Cannae was a crushing defeat of the Roman army at the hands of Hannibal and his Carthaginian army. This battle would be the template of which many future commanders would strive to achieve. Dwight D. Eisenhower, the Supreme Commander of the Allied Expeditionary Force in World War II, once wrote:

"Every ground commander seeks the battle of annihilation; so far as conditions permit, he tries to duplicate in modern war the classic example of Cannae"

Hannibal’s army, which included his famous war elephants, was continually making advances into Roman territory. In an effort to stop the unwanted approach, the Romans amassed an army estimated at an almost 90,000 strong. Hannibal’s forces were said to be less than half that.

Contemporary accounts of the battle are non-existent, but Hannibal is said to have employed the tactic known as the pincer movement or double envelopment. With this maneuver, the flanks of an enemy are attacked while still engaging the main force. Once the flanks have been defeated, the conquering forces are allowed to meet behind the enemy, effectively encircling them.

Owing to many factors, including an over-confidence on the part of the Roman army, the Carthaginians were victorious. Th exact numbers of casualties are unknown, but the Romans are believed to have lost tens of thousands of soldiers. It is regarded as one of the greatest tactical victories in military history, and was a crushing blow to the Roman morale.

"Never before, while the City itself was still safe, had there been such excitement and panic within its walls," a historian known as Livy wrote two centuries later. "Certainly there is no other nation that would not have succumbed beneath such a weight of calamity." 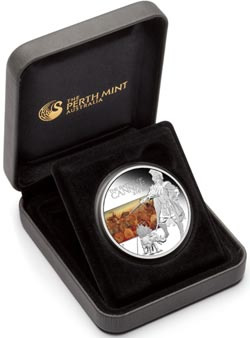 The Perth Mint coin dedicated to this battle is issued in 1 oz. of proof quality 99.9% pure silver.

It has a minimum weight of 31.135 grams, with a diameter of 40.6 mm, a thickness of 4 mm, and is issued under the authority of the government of Tuvalu as legal tender.

The reverse or tails side of the Cannae coin portrays a Carthaginian warrior along with one of Hannibal’s famous war elephants. To the left is a colored depiction of the deadly battle. Included as well are the inscriptions "The Battle of Cannae" and "216 BC."

Those ordering the coin for AUS $81.36 (~$63 US) will find it comes in an illustrated box with a presentation case and a numbered Certificate of Authenticity.