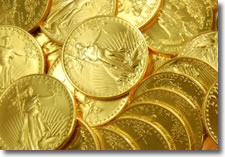 A Cleveland landlord can demand payments in gold coins, according to a federal appeals court ruling Wednesday.

The U.S. Court of Appeals for the Sixth Circuit ruled a "gold clause" contained in a 1912 lease agreement was enforceable, reversing a lower courts decision and requiring it to determine an equivalent rent.

The breach of contract lawsuit was filed by building owner 216 Jamaica Avenue, LCC against renter S&R Playhouse Realty Co., who had been paying an annual rent of $35,000 since their obligated assumption of the lease in 1982.

216 Jamaica purchased the building in 2006, uncovered the gold clause, and wanted the better payment from S&R. S&R refused, and the lawsuit followed.

216 Jamaica’s assertion was that the rented space was worth "more than 75 times what S&R currently pays for it." And that — along with the lease capped at $35,000 potentially until 2110 — highlights the importance of the "gold clause." It states:

“[a]ll of said rents shall be paid in gold coin of the United States of the present standard of weight and fineness.”

With the clause enforcement, S&R will now have to pay more for their space. Attorney David Thompson of Cooper & Kirk in Washington, D.C., who represented 216 Jamaica, was quoted in ABA Journal as saying:

"We are delighted that the windfall that the tenants have been enjoying is going to be eliminated and this will get back to a market-based rent."