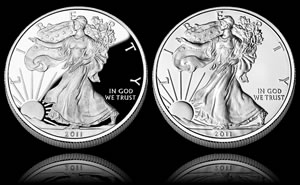 United States Mint numismatic American Silver Eagles, America the Beautiful Five Ounce Silver Uncirculated Coins, and several sets may become cheaper as a result of plummeting silver prices. The white precious metal has dived by more than $10 to below $30 an ounce since a week ago, and as a result the Mint on Monday initiated several product suspensions.

Customers visiting the Mint's online store will see a message of "This product is temporarily unavailable for product repricing" on eight product pages [...] 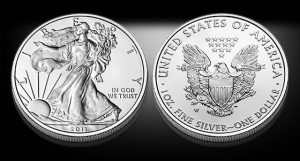 Demand proved strong for the 2011-W Uncirculated American Silver Eagle during the opening days of its release. The United States Mint reported five-day sales of more than $11 million between its Thursday, September 15 launch and Monday, September 19. 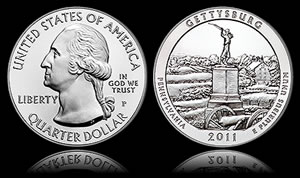 Details given in a Mint press statement issued Thursday indicate changes have been made for the Gettysburg uncirculated coin, the first of five 2011 America the Beautiful Five Ounce Silver Uncirculated Coins™ scheduled for release this year [...] 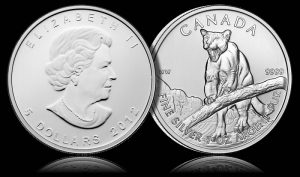 Details of the strike were recently announced by the Mint, including its expected September 2011 release and 1,000,000 limited mintage.

Like the first two issues featuring a grizzly and depicting a wolf, the Cougar silver bullion coin is [...] 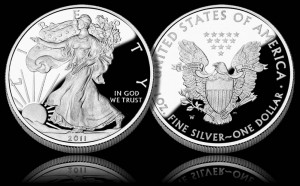 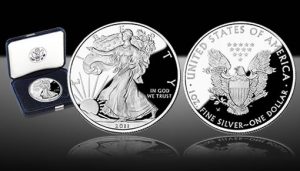 Details about the Silver Eagle anniversary collection, due out in late October, generated further excitement when it was revealed that it would feature two unexpected issues. The five coins announced as a part of the set include: [...]

The near ballistic rise in gold has resulted in another series of United States Mint price increases for its gold collector coins. On Wednesday, the Mint pulled the trigger on the latest round of hikes -- the fourth in five weeks. Coin prices since July have been raised on a per coin basis from as little as $25 to as high as $462.50. On Friday, the Mint suspended two of its older silver sets as silver topped $42 an ounce.

Current gold prices should hold until Wednesday morning, although with gold soaring to successive all-time record highs -- at $1,850.40 an ounce as of this writing -- a preemptive suspension like last week could potentially be in play [...] 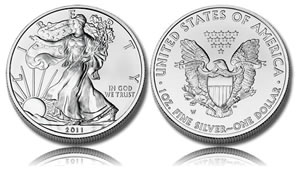 Following two years of silence, the 2011 uncirculated Silver Eagle is set to make a comeback next month, according to an updated product schedule from the United States Mint.

The Mint's online schedule indicates that the newest American Silver Eagle is ready for a September 29, 2011 release at a yet to be determined price. The release date is not set in stone, as the Mint's schedule has been tweaked before after a coin addition. But changes this late into the year are less common.

The uncirculated Silver Eagle is one of the most popular products offered by the United States Mint, although it is the least purchased among the three versions produced. Perhaps one reason is its youth [...]

Investors purchased fewer American Eagle Silver bullion coins in July 2011 as compared to June, but a slowdown is typical for this time of year.

In fact, July has been slower than June for seven of the last ten years. This time the difference was 434,000. Still, the month ended with the second best July total ever and ranked 14th in all-time monthly sales, dating back to the series launch in 1986.