Altogether, there will be 20 quarters with five releases per year from 2022 through 2025. Quarters for 2022 celebrate Maya Angelou, Dr. Sally Ride, Wilma Mankiller, Nina Otero-Warren and Anna May Wong. Those for 2023 honor:

In September, the U.S. Mint published designs for these quarters that resulted from a several-step selection process.

While images of the actual coins are now available, dates are yet to be announced for when each quarter will enter circulation. Based on history, the five will have staggered releases with launches in January, March, June, August, and October or November.

In addition, most release dates are unknown for collectible products featuring the quarters. The U.S. Mint currently has Feb. 14, 2023, as the launch date for rolls and bags of Bessie Coleman quarters.

U.S. Mint subscriptions for 2023 quarters product are available. Subscribers to Mint products automatically receive them when they are released.

This design depicts Bessie Coleman as she suits up in preparation for flight, her expression reflective of her determination to take to the skies, the only place she experienced a freedom she did not have on the ground. The inscriptions are "UNITED STATES OF AMERICA," "QUARTER DOLLAR," "E PLURIBUS UNUM," "BESSIE COLEMAN," and "6.15.1921," the date Coleman received her pilot’s license.

This design depicts a portrait of Edith Kanaka’ole, with her hair and lei po’o (head lei) morphing into the elements of a Hawaiian landscape, symbolizing Kanaka’ole’s life’s work of preserving the natural land and traditional Hawaiian culture. The inscription "E hō mai ka ‘ike" translates as "granting the wisdom," and is a reference to the intertwined role hula and chants play in this preservation. Additional inscriptions are "UNITED STATES OF AMERICA," "E PLURIBUS UNUM," "25¢," and "EDITH KANAKA’OLE."

This design depicts a portrait of Eleanor Roosevelt and the scales of justice against a backdrop representing the globe, symbolic of her impactful work with the Universal Declaration of Human Rights. Inscriptions are "UNITED STATES of AMERICA," "QUARTER DOLLAR," "E PLURIBUS UNUM," "ELEANOR ROOSEVELT," and "UNIVERSAL DECLARATION OF HUMAN RIGHTS."

This design depicts a portrait of Jovita Idar with her hands clasped. Within her body are inscriptions representing some of her greatest accomplishments and the newspapers for which she wrote. The text includes the inscriptions "MEXICAN AMERICAN RIGHTS," "TEACHER," "JOVITA IDAR," "NURSE," "EVOLUCIÓN," "ASTREA," "EL HERALDO CRISTIANO," "LA CRUZ BLANCA," "JOURNALIST," "LA CRÓNICA," "EL PROGRESO," and "LA LIGA FEMENIL MEXICANISTA," as well as "QUARTER DOLLAR," "E PLURIBUS UNUM," and "UNITED STATES OF AMERICA."

The obverse (heads side) design is common across all quarters in the series. It features a portrait of George Washington and was originally created by artist Laura Gardin Fraser to mark Washington’s 200th birthday in 1932.

Got an email on Saturday, I was able to subscribe successfully.

They have upped the quantity available from 7620 to 12620 rolls, so 5000 more are available. Only 2501 are available under subscription, so they are going fast.
The innovation dollar to be released at the end of January…Denver mint unavailable, less than 500 for the Philadelphia mint.

Just for the fun of it, Tom, I tried to start a second subscription for the 2023 AWQ 3 Roll Sets…and it worked. Don’t know if that one is sustainable all the way to Release Day or if it will have the same fate as any subscription value above 1 had with the Anna May Wong release.

I also gave the 2023-S ASE subscription another try; still no luck, and there may not be any for the duration. If that’s the case, my only chance for a 2023-S ASE will be the 2023 (S) Limited Edition Silver Proof Set.

Subscriptions for the burnished ASE W is still available.

That one has been hanging on for a while now, Antonio, after the “W” and “S” Proof ASEs maxed out their subscriptions.

Congrats, FViia, and very smart thinking considering how tight-fisted the Mint became with these just before their most recent release when the subscriptions were reduced to one each at what seemed like practically the last minute.

I also got an email reducing my 3 roll coin subscription from 2 to 1. But when I checked my email they shipped 2 but separately. Anna May Wong was the only 3 roll set I managed to get this year. All the other ones were 2 roll set’s. If I actually receive 2 3 roll set’s Maybe I can trade some of the S mint marks for others in the series.

To refer to your last sentence first, Adam L, the possibilities are indeed endless. Congratulations on scoring two of the Anna May Wong 3 Roll sets; awesome! I really like the way you’re looking at this entire situation as a glass half full, an attitude that will surely serve you well. I have wondered if it is possible to outsmart the Mint’s subscription system by establishing two different subscriptions of one unit each rather than one subscription for two units total. If you this time receive both AMW 3 Roll Sets the proof will have shown itself to be in… Read more »

HAPPY HALLOWEEN TO ALL MY FELLOW COIN COLLECTORS! 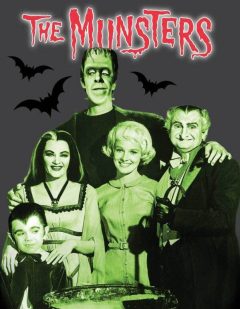 And to you too Kaiser! 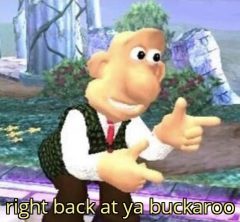 I was thinking silver coin websurfer

You have succeeded in making that into a quadruple entendre!

(Even the Russian judge concurs.) 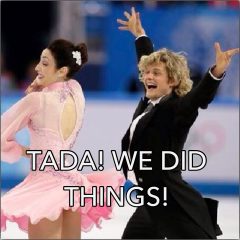 Wow. What a coincidence. We were just talking about roosevelt and now look. Another coin. Can’t wait to get her first female president coin.

Antonio
Reply to  Dazed and Coinfused

She’ll have to be elected, serve out her term and die first before any are minted. Unless she’s assassinated, like JFK. 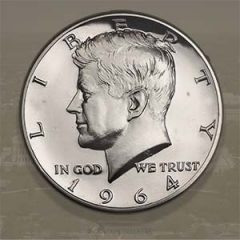 I’m still absolutely clueless. Who is the “she” that will have to be elected?

Technically the jfk coin should have a hole in it so a red ribbon may pass and allow it to hang from tree like a Christmas medal. A back and to the left portrait would also fit in better.

Johnson wasn’t elected, he got promoted. As I said, I think if same times as roosevelt, Jacqueline would have run the show behind the scenes before Johnson got a role. But JFk was actually dead and not a recluse, or life support like the previously referenced presidents

Well, yes and no. VP LBJ became President upon JFK’s demise, but in 1964 he defeated Barry Goldwater in a landslide to win the Presidency on his own. He was eligible to run for election again in 1968 but chose not to.

The election between Reagan and Mondale in 1984 was an even larger landslide. We don’t hear about that because the winner was a Republican.

I have just one thing to say about that, Antonio… 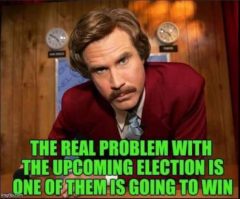 I’m missing something here; I just don’t get the reference at all. Who exactly is “her”?

Some woman in the future.

The inscrutable, unknowable, elusive possibilities of a time not yet realized. 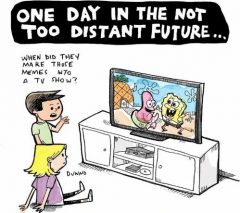 Does this make Eleanor Roosevelt the first presidential wife to appear on CIRCULATING coinage?

Maybe, but if we were still on the gold standard they would all be circulating by now.

Would the current first lady get a coin, or will he be skipped until more dudes are 1st ladies.

Hmmm…I do believe the proper nomenclature is “Second Gentleman”.
Understandable error, though, since I’m guessing you got that other circumstance mixed up with Aerosmith’s “Dude looks like a lady!”

They should be former playboy and penthouse centerfolds. I bet they sell out faster

Only one way to find out… 😉

A Marilyn Monroe commemorative coin or circulating half dollar. Make it so Number 1. 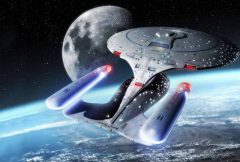 Antonio
Reply to  Dazed and Coinfused

That’s a lot since Playboy began publishing in 1953 and Penthouse in 1969. I believe Marilyn Monroe was the first Playboy Playmate.

My dad had a Playboy Club “Key” and took me along. The Bunnies resembled scantily clad Stepford Wives; no way did it have any vibes of a pleasure den. 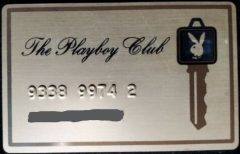 My mom took me to the Playboy Club in Montreal in the ’70s. I agree with you.

I was more than a little surprised at how unsexy it was; just a place to spend money while imagining yourself to be “with it”. Notice the “classy” exterior of the Playboy Club my Dad and I visited back in 1968. 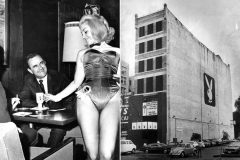 Nice building. It looked like a dark night club to me. Boring for a teenager.

I went in with a slightly different outlook since I was a college junior. 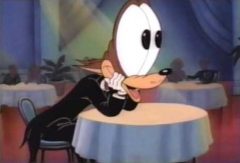