The United States Mint has revealed the five women to be honored during the second year of their American Women Quarters™ Program.

Depictions of Bessie Coleman, Jovita Idár, Edith Kanaka’ole, Eleanor Roosevelt, and Maria Tallchief will appear on the reverse (tails side) of 2023 quarters.

"The range of accomplishments and experiences of these extraordinary women speak to the contributions women have always made in the history of our country," said Mint Deputy Director Ventris C. Gibson. "I am proud that the Mint continues to connect America through coins by honoring these pioneering women and their groundbreaking contributions to our society."

Authorized under Public Law 116-330, the four-year series of quarters celebrates women for their important accomplishments and contributions to the United States and its development.

There will be five different reverses every year beginning in 2022 and continuing through 2025. U.S. Mint descriptions for the five American women celebrated in 2023 follow.

Altogether, 20 unique depictions of American women will be featured on 2022-2025 quarters. (The women celebrated in 2022 include Maya Angelou, Dr. Sally Ride, Wilma Mankiller, Adelina Otero-Warren, and Anna May Wong.)

The authorizing law for the quarters program requires that the Secretary of the Treasury select the women to be honored after consultation with the Smithsonian Institution’s American Women’s History Initiative, the National Women’s History Museum, and the Congressional Bipartisan Women’s Caucus.

Depictions of the woman featured on the coins are created by U.S. Mint artists and artists from the Mint’s Artistic Infusion Program with their eventual candidates designs reviewed by the Citizens Coinage Advisory Committee (CCAC) and the Commission of Fine Arts (CFA).

Obverses (heads side) of the quarters in the series share the same portrait of George Washington. The image was created by Laura Gardin Fraser as a candidate entry for the 1932 quarter.

Yep, now we get to honor their wives and house keepers!

With the great ability to appear First On Thread comes the great responsibility of dealing with all of the awards and accolades that go with such an honor.

Today’s award is a shiny new Cadillac just for you Sir Kaiser, we will need a small delivery fee of just $500 and a shipping address 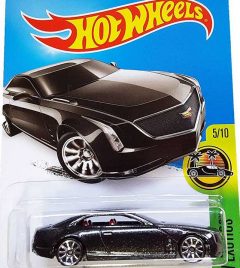 Could you make an exception for this rich old white man…

That’s not fair, yours is bigger than mine.

While we’re at it, they might as well replace the current men with Theodore Roosevelt, Ronald Reagan, Barack Obama and Donald Trump. Grover Cleveland and Benjamin Harrison have already been on U.S. bills. Maybe some well known/beloved women like Harriet Tubman and someone else, please anyone reasonable! This list in not exclusive and will take so many years to resolve, we’ll all either be in nursing homes, 6′ under or in an urn. Lol!

I can think of other uses for Government paper 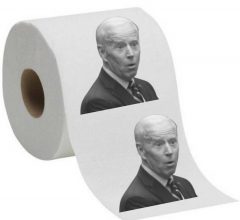 LOL…I was thinking the same thing! I didn’t want to say it because ‘some people’ have a thing for Biden. I guess they like paying $5 a gallon for gas or $6 a pound for ground beef. Oh wait…that’s Putins Price Increase.My bad.

He is talking to himself again but it looks very important

Hey, let’s not forget about that one-trillion-dollar platinum coin to solve America’s debt crisis- it needs a likeness

Could they have one female who is just slightly attractive on the coin? Marilyn Monroe would be a nice relief. I think the mint is really into this ‘equity’ movement.

All true points, but was she murdered on John’s or Bobby’s order? She was supposedly sleeping with both of these ‘moral’ leaders. 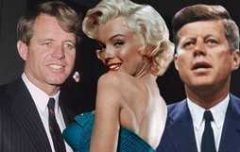 I’m with you Larry, much easier on the eyes. 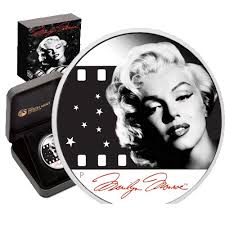 I was thinking of Hedy Lammar too. Invented a proximity timer I think that made torpedos actually work. Never patented her invention because she did it for love of her new country for the war effort.

I thought they all did it to come to America….Just think some of us were born here and others have to learn to act and play in a Rock Band just to visit 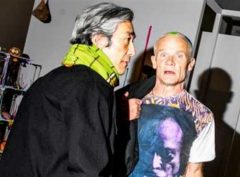 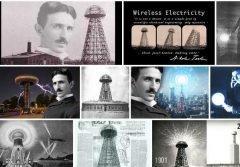 Memorable American women? Other than Eleanor Roosevelt, how many conversations have you had where the name Maria Tallchief has come up?

Kaiser, Or were they omitted because they weren’t relevant. I realize you’re entirely swept up in this ‘equity revitalization movement’ and I’m sure you get all the satisfaction you desire tuning in to MSNBC. They’re covering it 24/7. I don’t care, or pretend to care, about any of these women as I focus on those issues important to my life. I’m glad they were successful in their lives, that’s the opportunity America gives everyone, but if I want to learn about anyone/anything I can read a book.This ‘white dominant’ nation we call America can’t prevent me from learning. By the… Read more »

It’s just the Women’s version of Martin Luther King, he was unacceptable while among the living but honored in death as long as the coin mafia profits from it.

GOLDMEMBER had the real deal. I love Gooold! 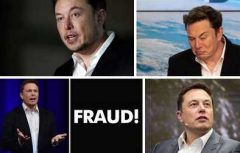 I couldn’t agree more. Well I could but I’m not going to.

He’s just trying to jumpstart the inevitable. Yes, we’re going. His time-line can be debated

I”m a white guy who likes females and I can remember this shit dating back to the 80’s – If ever we – the sleeping giant get fed up with all this Bullshit were gonna find a nice Island (Oh wait we have one it’s called California) and transport them to California and break that chunk of land off and set it adrift.

However, Kaiser Old Buddy, you have to know – this shit is illegal in most other Countries and that’s why it’s all piling up here so remember that next time you defend…..

I just reduced and finalized my Silver Eagle enrollment – there are now 4 extra coins out there for some lucky collector or flipper to grab up.

Yep Major D, got an email from the Mint about this too.

Also Associated Press reporting on it:

I thought the coin shortage was another Government fiasco to create fake agencies manned by friends and relatives of politicians and bankers who need an extra $550k annual salary funded by tax payers.

“The U.S. Coin Task Force was formed in July 2020 and is made up of members from 11 groups including the U.S. Mint, Federal Reserve, American Bankers Association and the National Association of Federal Credit Unions. The task force says the COVID-19 pandemic disrupted the U.S. coin supply chain.”

EXZZZZZACTLY SENZA, commissions, task forces and many other parastatals set up between the government and private sector insiders always works out well for those involved. Members do need to show up for meetings and actually do something to merit their paycheck. I actually like advisory boards for USG agencies as those members aren’t paid.

Is that David Letterman or Santa I can’t tell

Thanks for adding meaning to my life 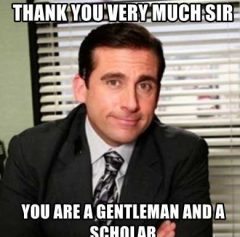 You’ve never been to one?!

Have a large jar I could empty. 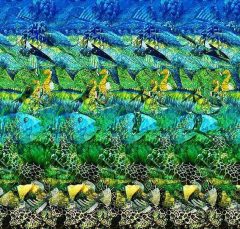 My brain must be bramaged as well. Hopefully Senza will tell us what we’re supposed to see.

Holy Brain Salad Surgery! C’Mon Man, we give up. 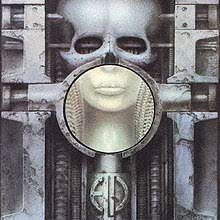 It’s an Autostereogram guys only humans can decipher it….. 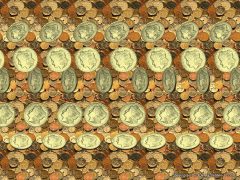 I was looking for an “April Fools” but had no luck finding it…..

As Antonio says, maybe its time for a BOT test

Sorry for the simplicity, no conspiratorial messages. Your aquarium is amazing.

So I heard the mint also will have new coin designs for 2024 quarters: joan crawford, mary mallon (aka typhoid mary), madalyn murray o’hair, bonnie parker and ruth bader ginsburg. These were picked by the mint in order to reduce demand so that they can make fewer quarters with their limited resources.

I’ll trade you phyllis diller and joan rivers for o’hair and ginsburg, and I’d like to see calamity jane and typhoid mary together one coin.

They already tried that one it wasn’t so popular

I knew there was one for her! 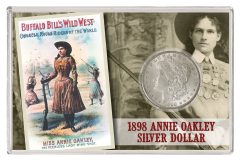 Ok a real dumb question. What is everyone putting their quarters into? I prefer Dansco clear slide albums but will settle for whitman….yet all of them seem to be sold out everywhere! Right now im just using last page of parks book.

I use the Whitman. Not happy with them, now that they’re made in China, but it’s what I use. I know they’re bad for my coins in the long term.

The old Whitmans I had no problems putting coins in them. The current ones, I almost need a hammer to pound them in. I’m only using them for pennies and quarters.

I admit I’m liking this program. I find myself already hoping it’ll get reupped for another 4 years