Precious metals declined on Friday, but they all posted weekly gains — exceptional ones for gold, silver and platinum.

Gold prices advanced 2.2% this week after climbing 1% last week. They are 6.5% lower on the year to date. In looking ahead to next week, Kitco News offers the following forecasts via their Wall Street & Main Street surveys:

Both metals remained divided on the year so far with platinum down 5% and palladium up 14.6%.

Published United States Mint bullion sales were unchanged for a second week in a row. Below is a sales breakdown of U.S. Mint bullion products with columns listing the number of coins sold during varying periods.

Yes, everything is down. The real bad news is gas is up. : P

And how about those supermarket prices? Oh…my…god!

Plus, the plunging stock market is causing havoc with retirement plans.

Whatever happened to the “golden years”?

Live in a studio, take public transportation, eat one meal a day. : P

Alright, who told you about my college years? 😉

Since then, of course, my savings habit has left me with quite the nest egg.

A new coin from the Royal Mint without the king’s image on it. They were already minted before Queen Elizabeth II passed away and so will still have her portrait on it. It celebrates the centennial of the BBC. 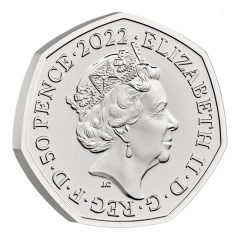 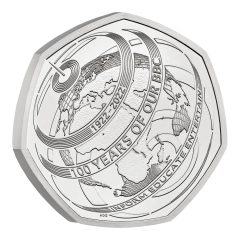 That is one very snazzy looking coin, Antonio. Thanks for the heads up!