Rolls and bags containing the United States Mint’s latest American Innovation Dollar launch today. Representing ingenuity from the state of Tennessee, the dollar is the last issue for the series this year with each struck in uncirculated quality. Minted for collectors, uncirculated coins are produced with more care than regular coins made for circulation.

Many of the Tennessee dollars have already been sold through the U.S. Mint’s enrollment program. Those remaining go on sale beginning at Noon ET for $34.50 per roll and $117.50 per bag.

Each showcases a reverse (tails side) design emblematic of the formation of the Tennessee Valley Authority (TVA). Congress authorized the TVA in 1933 to ensure electricity was available at reasonable rates to rural areas including farms of the region.

"The Tennessee Valley Authority’s innovation has sparked growth and economic development across our rural communities," said Tennessee Governor Bill Lee. "I thank the U.S. Mint for highlighting the efforts of Tennessee trailblazers and look forward to the coin’s release."

The Mint’s American Innovation® $1 Coin Program was introduced in 2018 with a single dollar. Following that, the series has seen four $1 coins annually each acknowledging American innovation from a different state. The program will conclude in 2032 when ingenuity from each state, the District of Columbia and the five U.S. territories has been recognized.

Designs for the Tennessee Innovation $1 Coins

Appearing on the reverse of each new dollar is a Tennessee farm with newly installed power lines lining the road. Inscriptions around the coin read "UNITED STATES OF AMERICA," "TENNESSEE VALLEY AUTHORITY," and "TENNESSEE."

Obverse (head side) designs for all series coins share a depiction of the Statue of Liberty in profile. Inscriptions include "IN GOD WE TRUST" and "$1" along with a privy mark of a stylized gear, representing industry and innovation.

Nice Tennessee dollar, power lines. Could’ve been Pennsylvania for all I know, hadn’t it been identified as Tennessee and the TVA.

Would rather see Tennessee Tuxedo on the coin.

I beg to be enlightened as to what exactly a “Tennessee Tuxedo” is. 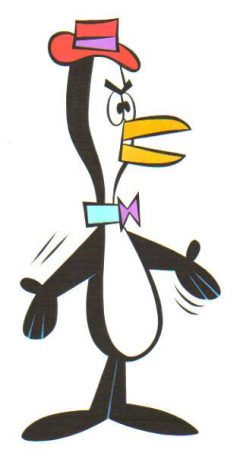 You’re talking to a guy who’s still stuck on Mighty Mouse’s “Here I come to save the day!” And even that’s rather recent for me if I think back to Howdy Doody and Captain Kangaroo.

Tennessee Tuxedo voiced by Don Adams of Get Smart fame. Would you believe a flock of penguins?

I can just hear his unmistakable voice doing that. My main interest was of course always and only the lovely Agent 99, Barbara Feldon.

It’s not hard to remember exactly why… 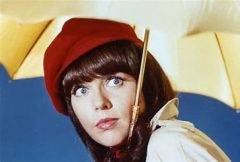 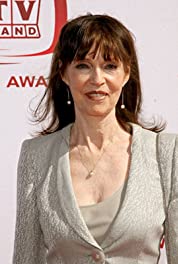 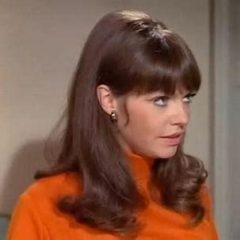 How about an AWQ in honor of Agent 99? Could certainly do worse!

But of course; we can’t leave that cutie out!

This could actually be a circuitous stealthy way of getting these out to the public.

I have yet to find any in circulation. I’ll stick with the AWQs. They’re also more interesting, in my opinion.

Antonio, I completely agree. The AWQs are far more attractive and certainly more interesting. The Innovation Dollars do nothing for me.

I also prefer the Native American dollars, although not all years.

I can certainly understand that, Antonio, as the distinctive imagery on most of those is truly powerful and memorable.

Someone broke a roll and spent it, exchanged it for other currency or deposited it in a bank, which has it to get out to the public.
That’s how I got a noncirculating Native American dollar a few years ago.

Are you going to spend time going to college to be a doctor go to your local bank and ask for the dollar coins and you piece of Christ how many they might have in the vault just taking up space. However, they’ll have to knock off the dust/dirt because they’ve been there so long. My local bank has over $3, 000 face value in the dollar coins, going all the way back to the presidential to the north American Indian coins. Also, sometimes Little Johnny breaks into his dad or Grandpa’s corn collection and takes coins to spend for… Read more »

Alright, I’ll bite. I just have to ask what “you piece of Christ” means.

Antonio, I have no idea why didn’t I think of that myself. First You have yourself a peace of pie and then you smoke a piece pipe.

You can still find 1979 SBA dollars. Maybe even the odd Eisenhower dollar at some banks. Speaking of coins gathering dust in a bank vault, I’d love to have releaved some bank years ago of their stock of Morgan and Peace silver dollars, just sitting for decades in a vault. The reason I have an MS64 CC Morgan dollar. Beautiful coin.

Clearly so, Antonio. There could be many reasons, from the reasonable to the ridiculous, to break up any roll of coins. It does happen.

In a very real sense, all coins, barring the interest and intervention of collectors, are only worth their face value if push comes to shove. That’s why it was the absolute height of absurdity to put an official 25 cent value on the Five Ounce Silver ATB Burnished “Quarters”.

Excellent point, Sir Kaiser. Consider the face values of the one ounce $50 American Gold Eagle and $1 American Silver Eagle coins: The average gold/silver price ratio during the 20th Century was 47:1; and the US Treasury owned US Government Gold Reserve book value of gold is $42.22 per troy ounce. Therefore, a contemporary gold/silver price ratio of approximately 50:1 is consistent with a AGE/ASE face value ratio of 50:1.

That’s a really terrific piece of work you just did there. I’m especially impressed by how you were able to take my essentially theoretical proposition and sufficiently expand on it using the Mint’s officially designated coin values to develop it into a concrete illustration.

Yet in the end, it’s only worth how you value it or how much someone else is willing to pay for it.

That, Antonio, is precisely why I added the codicil above to the effect that this scenario applied only in very dire-straits-type situations entirely “barring the interest or intervention of collectors.”

Or someone is willing to pay for the coin.

Yes, there could even be some others, among them:
Coin stackers
Coin hoarders
Coin flippers
Coin melters

Welcome to the crap(s) table, sam I am tweedy, and why not give those dice a roll.