Rolls and bags holding the United States Mint’s newest American Innovation® $1 Coin launched today at prices ranging from $34.50 to $117.50. Celebrating innovation from the state of Kentucky, most of the dollars had already been taken by enrollments so only a few of them were available when released.

Products include 25-coin rolls and 100-coin bags containing Kentucky dollars in an uncirculated finish for collectors.

The U.S. Mint’s American Innovation® $1 Coin Program dates to 2018 with a single inaugural release. It has since seen four issues every year. 2022 dollars honor innovations in the states of Rhode Island, Vermont, Kentucky and Tennessee. Rhode Island dollars debuted in February and Vermont dollars followed in April. Tennessee dollars will be released Aug. 30.

Designs for the Kentucky Innovation Dollars

Serving as the home of bluegrass music, the reverse (tails side) design of the Kentucky dollar depicts the image of a banjo. The design was created by Christina Hess and sculpted by Renata Gordon. Inscriptions include "UNITED STATES OF AMERICA," "BLUEGRASS," and "KENTUCKY."

A likeness of the Statue of Liberty is carried on the obverse (heads side) of all the American Innovation® $1 Coins. The depiction was designed by Justin Kunz and sculpted by Phebe Hemphill.

Obverse inscriptions read "IN GOD WE TRUST" and "$1." A stylized gear privy mark is also shown on the obverse representing industry and innovation.

The year of minting, mint mark, and "E PLURIBUS UNUM" are incused on the edge of the coins.

For these and future issues, visit the U.S. Mint’s online store for American Innovation products. 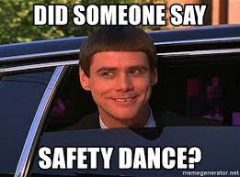 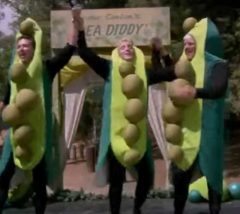 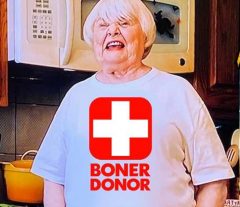 I decided some time ago to stick to the Proof Sets on the Innovation coins. But living in California (where Freeway Chases are seemingly the most popular thing to watch on TV), I just had to voyeur on this one … specifically the Rolls. According to my stopwatch it took just 2 minutes for the food fight for Denver Rolls to be cuffed and taken off to jail. No spike strips even had to be used! But congrats to all those who succeeded in playing on this one. I’m glad I just enjoyed watching. Dittos to Kaiser’s comment on Enrollments.… Read more »

A few years ago I set up an enrollment, but had turned it off because you can only use credit card for enrollment, not paypal. Then this year the mint all of a sudden indicated a limit on the rolls (though that limit actually is close to equal what they had been selling pre enrollment) I figured I was out of luck when they said enrollments were sold out. But to my surprise, I was able to go in and turn the enrollment back on. Get lucky sometimes, if you call it that. I’m just trying to put together a… Read more »

The 2020 sets with the Telephone, Telescope and Gerber scale and South Carolina are Hot right now – can’t say if anyone will care a year from now…………… I have one of the few South Carolina $100 Denver Bags – which may be the rarest item from the A/I collection so far

I’m seeing dealers with large quantities at low prices on Feebay – I guess they got tired of paying me $240.00 per roll however, I won’t be surprised if a week from now they are available at the US Mint again just like the Vermont.