In time for gift-giving this holiday season, the United States Mint today at noon ET will begin offering the 2022 American Women Quarters Ornaments for sale to the public.

The products are the newest issues from the U.S. Mint’s American Women Quarters™ Program and feature each of the 2022 released quarters in their own ornament. Pricing will be $30.95 per piece with a product limit of 5,000 each.

Found at the center of every ornament is an uncirculated quarter from the Philadelphia Mint featuring one of five women honored in the series this year:

Each ornament is hand-crafted in solid brass with a rhodium finish and features colorful design elements surrounding the quarter highlighting the accomplishments of the honored individual.

For instance, the Angelou ornament includes books acknowledging her authorship of more than 30 published works; a streetcar recognizing her as the first African American woman streetcar conductor in San Francisco; the masks of theatre symbol for her work as a director and producer; and drum and musical staff represent her talent for singing and dancing Calypso.

Ride’s ornament displays her historic journey on the space shuttle and the American flag that was on her flight jacket sleeve. Also shown is a book recognizing her accomplishments as an author of children’s books and swirling atoms represent representing her career as a physicist.

Mankiller’s advocacy for improved housing, education, and healthcare is shown on her ornament with Otero-Warren’s ornament depicting images promoting her intense activism for women’s right to vote and the improvement of bicultural education.

Each ornament ships in a Mint presentation case with a certificate of authenticity and brief information about the program.

I might have been interested if it was a clad S quarter. Plus, not sure I see these ornaments representing anything to do with Christmas. Pass as well.

Looks like something you could hang in the window too. Kids would just break them. I see no value at all in this.

Good point about hanging this in a window. Sort of a warning that you don’t walk though a sliding glass door or something similar. I don’t need one for $31

The key words in the article above are “In time for gift-giving this holiday season”. Considering these ornaments will be competing with the likes of useless novelty socks, painted polyester ties and fug ugly sweaters, the chance of a sell-out isn’t all that far-fetched. Yes folks, you heard it here first. 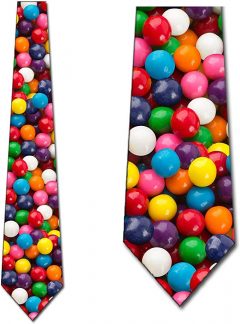 In the final analysis, it will depend on how many Christmas shoppers who insist on buying bizarre junk happen to cross over from Walmart and the Dollar Store to make an equally abominable purchase here.

My family has no interest of coins as gifts. Many years ago, I bought a proof set for my mom. My brother returned it to me a couple of years ago. Now I have ANOTHER bicentennial proof set.

Takes me back to an old saying, “There’s one in every crowd.” 😉

Sadly, Antonio, it appears that Major D has already laid claim to it.

It appears the Mighty Minters will have some competition this year.

I imagined, Good Sir Rich, that since the AWQ Ornaments will be a recurring product for the next few years it would have made good sense for the Mint to take the Mighty Minters Christmas Ornaments off the annual schedule for the duration.

By the way, perhaps the two can merge as the US Bradford Mint Exchange?

After the designer plates and music boxes, the above named USBME will quite naturally broaden its scope to include yo yos, hula hoops and frisbees, all prominently displaying freshly minted coins for exceedingly celebratory gifting.

The Baby Jesus only accepts crisp one hundred dollar bills!

And please don’t forget the stretch limos and private jets.

There hasn’t been a funnier pairing of comedic actors than those two since Steve Martin and John Candy in Planes, Trains and Automobiles. Thank you, 8lb 6oz Baby Jesus!

this might be good for a white elephant gift exchange

Alternatively, one of those could always be traded for the eight hundred pound gorilla in the living room or similarly for the bull in the china shop.

2022 American Women Quarters Ornament for an ugly Christmas sweater. Maybe they prefer to keep the sweater?

Why not have a tried and true old-fashioned Yankee Swap and find out for real!

Don’t give them any ideas. Seeing what over mints are offering, the possibilities are almost endless. 🙁

Perhaps, Antonio, the “almost” is superfluous. 😉

What? Nothing about next year’s AWQ’s? 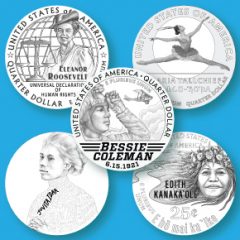 How about Amelia Earhart?

One of my very favorite historical personages, Good Sir Rich. An excellent choice!

All I can think of now, Antonio, is how those next five Three Roll AWQ Sets are going to do their part to make at least a part of my coin collection immediately more valuable!

Thanks, Major D. For once I lucked into a winner, if only by accident. 🙂