The United States Mint unveiled designs for the first five coins from their four-year program of American Women quarter dollars. Authorized under Public Law 116-330, the series of quarters will feature reverses (tails side) honoring women who shaped American history.

There will be up to five different designs every year beginning in 2022 and continuing through 2025. The five for 2022 celebrate the achievements of Maya Angelou, Dr. Sally Ride, Wilma Mankiller, Nina Otero-Warren and Anna May Wong. (Read U.S. Mint information about the series.)

"These inspiring coin designs tell the stories of five extraordinary women whose contributions are indelibly etched in American culture," said United States Mint Acting Director Alison L. Doone. "Generations to come will look at coins bearing these designs and be reminded of what can be accomplished with vision, determination and a desire to improve opportunities for all."

The design depicts Maya Angelou with her arms uplifted. Behind her are a bird in flight and a rising sun, images inspired by her poetry and symbolic of the way she lived. Inscriptions are "UNITED STATES OF AMERICA," "MAYA ANGELOU," "E PLURIBUS UNUM," and "QUARTER DOLLAR."

This design depicts Dr. Ride next to a window on the space shuttle, inspired by her quote, "But when I wasn’t working, I was usually at a window looking down at Earth." The inscription "E PLURIBUS UNUM" is intentionally positioned over the Earth next to America, indicating that out of all women in the United States, Dr. Ride was the first into space. The additional inscriptions are "UNITED STATES OF AMERICA," "QUARTER DOLLAR," and "DR. SALLY RIDE."

This design depicts Wilma Mankiller with a resolute gaze to the future. The wind is at her back, and she is wrapped in a traditional shawl. To her left is the seven-pointed star of the Cherokee Nation. Inscriptions are "UNITED STATES OF AMERICA," "E PLURIBUS UNUM," "QUARTER DOLLAR," "WILMA MANKILLER," "PRINCIPAL CHIEF," and "CHEROKEE NATION," which is written in the Cherokee syllabary.

Anna May Wong – first Chinese American film star in Hollywood, who left a legacy for women in the film industry

This design features a close-up image of Anna May Wong with her head resting on her hand, surrounded by the bright lights of a marquee sign. Inscriptions are "UNITED STATES OF AMERICA," "E PLURIBUS UNUM," "QUARTER DOLLAR," and "ANNA MAY WONG."

This design was actually recommended for the 1932 quarter by the George Washington Bicentennial Committee and the U.S. Commission of Fine Arts, but then-Treasury Secretary Andrew Mellon instead selected the familiar John Flannigan design.

Seeing the demographics on these coins, brings to mind the non-PC comment made by James Watt, which I am not going to repeat here.

Having said that, if this coin series helps to make girls and women into coin collecting, then this will be a good thing.

Also, isn’t Emily Damstra, who designed the first coin depicted above, also the designer of the reverse of the Type 2 ASE?

And finally – doesn’t George Washington look good in a mullet?

Mammoth, yes to both your questions!

Oh my God. Is this really necessary? By the way at least one these woman doesn’t have a good past. Not very good at all.

How about making quarters series with 10 commandments? Now that will be very useful because our coins get circulated through out the world.

Lame joke intended, Amen to your response. Too many people who claim to honor the Constitution apparently haven’t read it.

Kudos on this one….at least for me. As a movie buff…seeing of all people Anna May Wong on a coin! Maya Angelou, Sally Ride….excellent choices. The idea of honoring people other than places is a better idea. Now as ive said before it would be nice if they could “change up” our stale coinage obverses….that would be nice too. As a hobby i do see these encouraging girls to get into the hobby. More diversity in ANYTHING is for the better.

Well put. In my various travels I’ve been to countries whose bills and coins honor a wide range of individuals and other iconic national symbols. Maybe we need a full rethink of our design policies … Get Congress out of the process so they can’t grandstand or strangle innovation. Put a ceiling as well as a floor on how often designs can change, maybe no shorter than 20 years and no longer than 50. Rethink denominations too; get rid of the infernal penny and use $1 and $2 coins. If Lincoln has a huge constituency (as he should) move his… Read more »

IMHO not bad choices for the first set even though it seems the Mint was trying oh-so-much to “cover all the bases”. As someone who grew up watching the space program and had several female math & physics teachers, I’m glad to see Dr. Ride in the first group. As Mammoth noted, let’s hope the series encourages more girls and women to become involved with the hobby. At this point my little numismatic circle includes only one woman, and I only know her as an online acquaintance. On the same topic I’m also pleased to see Laura Fraser’s portrait *finally*… Read more » 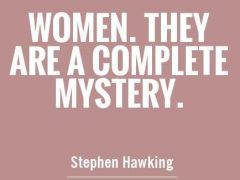 I second that emotion

And someone behind the scenes of a tea-sipping FED-funded one-percenter party lobbied the US Mint to produce this BARF. SO ANY WORD ABOUT THOSE MORGANS OR PEACE DOLLARS AND WHERE IS MY (S) EAGLE ???????? 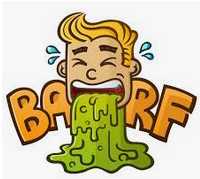 Kaiser, The water on your road is not disappearing, it’s simply changing states (water to vapor gas.) Those Morgans and Peace Dollars aren’t disappearing either, they’re simply changing ‘hands.’ And why all the sour grapes about the 1%er’s? All you need to be in that club is $11 million. Let’s keep in mind that it is the people with money who employ most workers in this country. How many of your friends do you know that are working for a homeless person or an illegal alien? I don’t know any. I worked and invested my money to get where I… Read more »

Golino, writes on Coin Week Blog a story of praise and worship to former US Mint Director Ryder – I really wanted to vomit…………

SENZA, I read that as well & didn’t enjoy their spin. So many bones to pick, but making the mint profitable stood out to me. It’s the way they’ve done it that annoys me. Sure, jack up prices, go bare bones packaging, etc There’s obviously a smarter way to go aboot this, but the #’s don’t lie. The interpretations will. Heck, just got my UNC ASE’s today & no return shipping labels provided for 1st x for me. I’ve never used one, but that probably saves $ on a large scale. Imo, the Mint right now is akin to a… Read more »

Right On! Funny they would not post my response on the Blog at Coinweek.

The only good ideas come from us – the collectors…….

It’s hit and miss with the receipt/return labels about every other time I order either they didn’t put it in the box or it looks like it got stuck in the printer and it’s ripped and unreadable – Thank goodness the US Mint does not make airplanes – that’s all I can say. 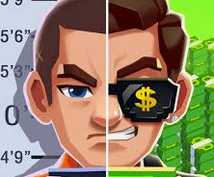 It also occurs to me the new regime will be hard pressed to outdo Ryder in profitability. In ’22 there will be no generational design changes, no Morgan/Peace anny or whatever. So, imo, unless something spectacular is planned, revenue prob gonna be less.

I’m not sure what they’re gonna do, but la puerta esta habienta to continue the Morgans to make $. The ’22 Pd coin better be spectacular! Almost every variant is currently available. It better be holographic or something.

la puerta esta abierta de hecho Let’s hope no more rock star wannabes wander thru it and that silver is about $22 bucks an ounce on our side of the door not $85. We know the Mankiller quarters are coming and we know the American innovation line up – I just wonder if they will put out the first AI coin this year or if they are too busy playing catch up with Morgans, Peace and (S) Eagles. Every year has it’s big disappointment – I wonder what coin will disappoint in 2022 – to top previous duds it would… Read more » 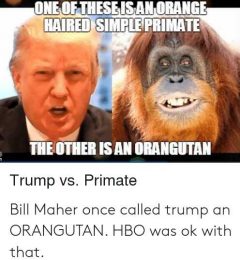 We all have our little problems lol 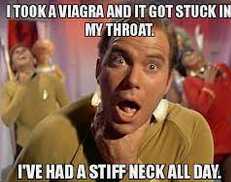 Apologize for the delay, as new articles pop up, old ones get lost in my shuffle till I dig.

Anyhoo, after football wknd is over, my best guess for worst coin of ’22 would be a Pd 5oz sphere. 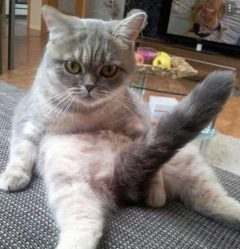 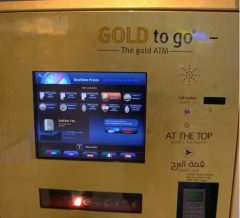 WTH does it say “Sally” on her name badge on her NASA uniform for the Sally Ride quarter. It should say “ride”, should it not?

No. The in-flight uniforms used first names only. Other NASA apparel used “Sally K. Ride”. Some of the “mission patches” said “Sally Ride”. I don’t think they used only last names on NASA apparel.

I guess its time to stop collecting with coins like these!