U.S. coin production in October ran the quickest for a month since July, broke a streak of two straight monthly slowdowns, and registered above the one billion level for the ninth month in a row, according to the latest manufacturing figures published by the United States Mint.

Just over 1.2 billion coins — spread across cents, nickels, dimes, and quarters — were minted last month, representing an increase of 3.8% from September but a 13.6% decline from October of last year.

Here’s how the month compares to others in the past year:

The Federal Reserve orders more 1-cent coins from the U.S. Mint than any other denomination even as data shows it costs 1.76 cents to make and distribute each one. The Mint made 698.8 million Lincoln cents last month, representing 57.6% of the circulating-quality coins produced.

Native American $1 coins and Kennedy half-dollars are no longer ordered by Federal Reserve Banks, but they are still made in circulating quality for coin collectors. Often in January, the U.S. Mint strikes both coins to the expected amounts needed for the entire year.

Here’s a summary of all circulating-quality coins produced last month:

This next table lists coin production totals for 2021 by denomination and by U.S. Mint facility:

If the current production pace stretched through to December, the annual mintage for 2021 would top 14.9 billion coins. The U.S. Mint made over 14.77 billion coins for circulation in 2020.

In addition to the Native American dollar, the U.S. Mint released (on Feb. 8) another coin with a one-year-only design — the 2021 Tuskegee Airmen quarter for Alabama. Its mintage remained unchanged in October.

There are 1,404,800,000 in quarters that the U.S. Mint has yet to officially assign to a design. These are 2021 George Washington Crossing the Delaware quarters. Hundreds of millions more of them will be made until the first American Women quarters are issued in 2022.

If the u.s. men can produce this many coins for circulation in one month why and blank is there a coin shortage? Has the mint not figured out how to get these coins into circulation or do they just like producing coins and not put it in them in circulation so that they can pay for storage. This so-called coin shortage is an excuse created by the mint because they don’t know what they’re doing.

1.2 billion sounds like a lot, but that’s actually just 4 coins per person per month. so, if everyone didn’t spend just 4 coins per month for one reason or another, then there will be a coin shortage even at this rate of coin production. (OK it’s probably not that few, since not everyone uses coins, so if say 100m people use coins regularly, that would be just 12 coins received but not spent per month to cause a shortage). and remember half of these are cents, which most people don’t even want to deal with at all. nobody picks… Read more »

over the last few decades the mint has made hundreds of billions of coins that are all perfectly usable but are sitting around in people’s drawers and ashtrays and couches and whatever. people just don’t bother spending coins because it’s a hassle and they aren’t worth all that much, so people are more apt to pull out dollar bills only (or plastic) when paying. one thing that could help is if the mint just stopped making cents altogether – that’s half their production, it costs more to make than face value, and they are the least likely coins to get… Read more »

Yet. I can’t get a brand new roll of any kind. Hm…

Yes, this last thought is most likely (bank sitting on hands and only dealing with businesses).

I’ve been able to get 2021 coins of all denominations. Must only be a problem in certain parts of the country. The only ones I’m not getting are half dollars. I’ve been buying rolls and now have an almost complete set from 1971 to 2001, except for 1987, of course.

Quarters will always be tough in this COVID environment as businesses that need them hit bank(s) quickly for them – laundry mats, vending machine companies are in dire straits in certain parts of country for coins. Some stores and many consumers only using credit/debit cards so coins are “out there” but not being circulated. Trend for card use even before COVID and now many businesses only accept, or prefer customers to use cards for COVID protocols. Lot of consumers use only their cards also because of COVID fear. If you live in and near cities that use parking meters you… Read more »

COVID is not Armageddon Kaiser. Things will return to a normal in due course.

All “plagues” come to an end. Yes people remember as we do have written and oral history of previous plagues and people will revert to their normal ways. Yes, takes time but will happen. Hopefully sooner rather than later – fingers crossed. 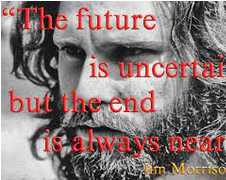 My favorite The Doors song 🙂

To paraphrase O. Henry, “Eleven billion coins, and 60% of them were in pennies”.

Plus a quarter shortage yet only token circulation of halves.

WHAT WILL IT TAKE TO STOP THE MADNESS??

Cancel my subscription to the resurrection 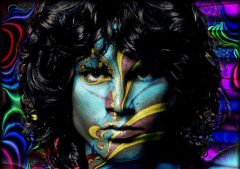 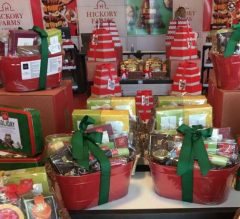 Hmmm, maybe Santa has you on his naughty list now? Don’t feel bad if some coal in your stocking on Baby Jesus Day 😮 😉

I have a Krampus bell to summon him. All naughty boys and girls, away with him. 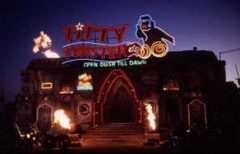 I believe there’s a parade in Germany or Austria for that.

No worries Chris, membership is still open and the initiation ceremony is painless but the exit ceremony is somewhat permanent……………………… 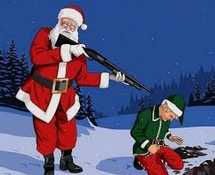 Only one rule in Fight Club …

I don’t like Alec perhaps that’s maybe why I don’t recall ever seeing this movie – gonna make a point to look it up….

I saw the interview he did. While I am siding with him in this case, a revolver can be fired by pulling the hammer back and letting it go – it slams the firing pin into the cap that fires the bullet, ultimately. You dont HAVE to pull the trigger. It produces the same effect.
But this model was supposed to have a half-cock safety feature (so it woudnt do that when dropped), so I hear.
And … just HOW did a LIVE round get into that “prop” gun??
I dont think that one is on AB.

All we have to do is think like Alec, he did the dirty with that chic and she felt guilty and threatened to tell her husband and Alec hired a prop guy he knew could off her before she spoke up – some things are so obvious we over-look them. There were some disagreements on the amount and type of favors she owed him for certain citizenship issues he helped smooth over. 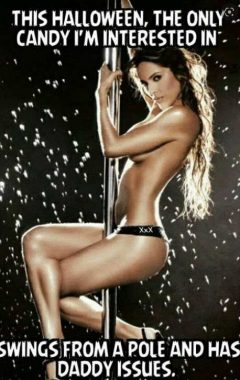 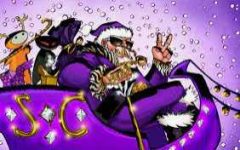 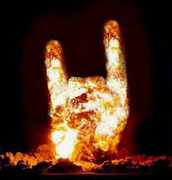 That goes double for chipmunks https://www.youtube.com/watch?v=3xj-jGAJgZY 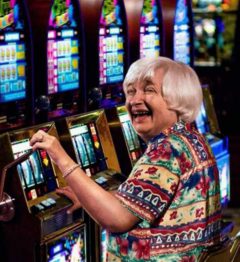 *horns*!!! 😀
Ozzy DOES RULE!
Gonna share this on a guitar site I frequent. 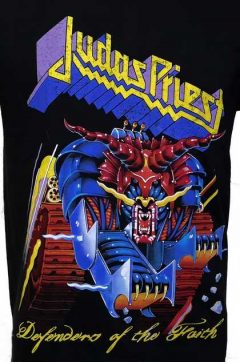 I like it when Kaiser answers his own question

Hmmm, which list? Some say “cruel to be kind (but in the right measure)” so that’s a plus for naughty and others say good guys finish last. So in quandary but I’ll think I’ll take the nice list.

Not metal but a good Christmas song too:

Hey Kaiser, Chris reminds me of Chevy Chase at the end of NOTHING BUT TROUBLE when it’s revealed everyone is on the judges list.

One of the many Chevy Chase movies I missed. Fletch, Vacation, Modern Problems and the one with Goldie Hawn in it were really the only four movies I enjoyed with him in cast.

On my search see had good cast of funny folks so maybe I’ll take the dive and view? Although the reviews were as usual with Chevy Chase films – terrible 😉 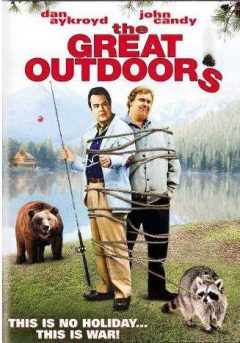 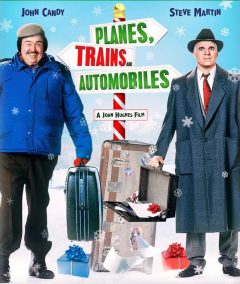 Gee, such a friendly, welcoming site.

Unless, of course, the visitor is a woman, youngster or a polite, civil, respectful and dignified human being.

And such a laser-sharp focus on numismatic news and issues.

Your parents must be so proud.

Numi, glad someone finally chimed in since sam “i am” tweedy seems to be AWOL today. There are two sides to every coin… thanks for the ladylike hint.

I love how the whiners and alter personalities of FViia always knock our content but never add anything of value to it. There is a numismatic item related to every topic we have covered so far – I concur FViia is “Ladylike”

I’m wondering why you answered your own question again and and what could it all mean? 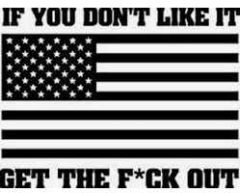 Oh my! No offense intended.

After all, your discretion, dignity and overall sense of decorum are unrivaled in this forum.

Why on Earth would you conclude the post was directed to you? It’s not like I implied you’re a sociopath!

Your words do make feel warm and fuzzy all over yet I am only a meek follower of this band of numismatic madmen and our one and only true Fearless Leader Sir Kaiser so if ever I piss you off please follow the chain of command and send all inquiries to our leader. The warm and fuzzy stuff you can always send to me. 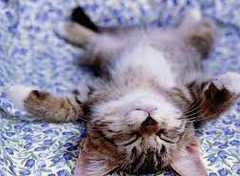 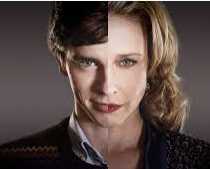 Your thoughtful and concisely expressed comment is much appreciated, as it reveals your deeply committed reverence for the special brand of enlightenment and humanity demonstrated by your avatar’s namesake.

Thanks a trillion DM,
Numi

It’s more because most of the 4.7 million mom and pop stores are going out of business and that just plain stops coin circulation 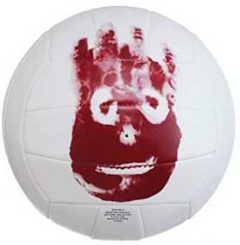 I was all ready to buy Kennedy halves for 2022 today at noon but it says they’re not available. Can anybody tell me what happened?

The Finish on all the golden colored coins starting with Sacagawea is awful. After one day in your pocket it’s all ugly and unpresentable. All these coins are off my list of coins to buy from the mint.