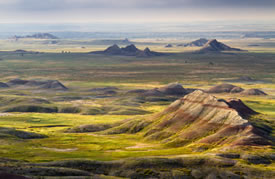 Designs on the commemorative coins would be emblematic of the NPS with each bearing the standard inscriptions of the year ‘2016’, ‘Liberty’, ‘In God We Trust’, ‘United States of America’, and ‘E Pluribus Unum’. Designs created by the U.S. Mint would get reviewed by the Citizens Coinage Advisory Committee and selected by the Treasury Secretary after consulting with the National Park Service, the National Park Foundation and the Commission of Fine Arts.

Coin specifications outlined within the bill are the same as used for other recent U.S. commemorative coins in gold, silver and clad.

As is typical with legislation seeking commemorative coins, sales of each would include surcharges. H.R. 5840 specifies the standard amounts of $35 for each $5 gold coin, $10 per silver dollar, and $5 for each clad half-dollar.

Collected funds would be paid to the National Park Foundation (www.nationalparks.org) for "projects and programs that help preserve and protect resources under the stewardship of the NPS and promote public enjoyment and appreciation of those resources."

Language in the bill specifically states that the surcharges cannot be used to acquire more land.

There has been other U.S. commemorative coins and series that have features parks in their designs, like the site and park quarters and coins from the America the Beautiful Quarters® Program, but there has never been a coin specifically to honor the NPS.

For H.R. 5840 to become law, it must pass in the House and Senate and get signed by the President. The bill has been referred to the House Committee on Financial Services.

Rather this than nfl hof.

Aren’t we already doing 56 regular and 5 oz silver quarters? Do we need yet another set of national park commemorative coins? Do these legislators see the sun shine where their heads are at? Wow, get a new idea, pick something that hasn’t been done 100 times before.

Jim,
Yes the count is 56 in the ATB Quarter Series and Thirteen ways to collect it! And there were 50 in the State Quarter Series! The Mint should leave the Quarters alone for awhile after the series is complete and focus on another US coin!!