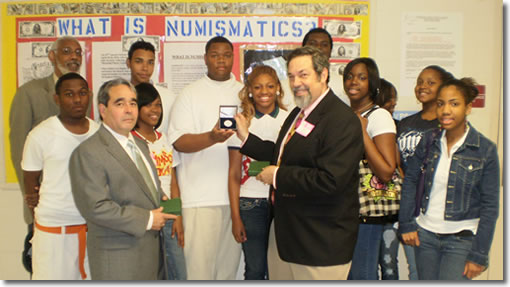 Ralph Ross, a physics and math teacher at the Title 1 school, uses old coins to help students understand history, art, politics and science, and he enlisted the dealers’ help to honor high-performing students. 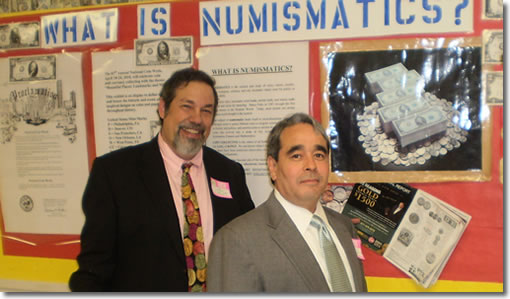 The one-ounce bullion coins, valued at about $20 each, were given to 50 students who achieved the "commended" level in science or mathematics on this year’s achievement test (TAKS).

"The coins are a way to encourage unprecedented academic success comparable to the basketball team triumphs," explained Ross who started a coin club at the school two years ago. The Yates boys’ varsity basketball team won the 2009 Texas and 2010 national championships.

Student Gregory Watts, who has two basketball championship rings and was the class salutatorian this year, said: "It meant a lot to me to be an athlete and a scholar. I want to put those stereotypes about African-American athletes to shame."

The Lion Coin Club at the school has about 80 members and two objectives, according to Ross: "To advance numismatic knowledge through educational, historical and scientific means, and to promote academic excellence in disciplines such as mathematics and science while preparing students for college and future career focus."

Ross has been honored twice with Presidential Awards from the nonprofit, 32,000-member American Numismatic Association (www.money.org) for his educational work with coin collectors.