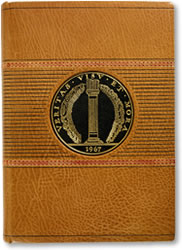 For over fifty years, the fabled American portion of the library has resided in antique bookcases lining one wall of Harvey Stack’s office, and along the opposite wall as well.

Other portions of the library were, for many years, located throughout the main floor of the firm’s New York City retail location at 123 West 57th Street and many of the great classic works on ancient and foreign coins and medals were carefully arranged on the second floor in the Coin Galleries offices.

Covering virtually all aspects of numismatics and replete with rarities, it is the finest comprehensive working library on numismatics ever formed in the United States.

Key works from this magnificent library will be sold at the Waldorf Astoria Hotel in New York City in conjunction with the New York International Numismatic Convention this coming January.

The profusely illustrated catalogue will be arranged in two parts:

Some of the American highlights include:

The firm’s own complete bound set of their auction sale catalogues, comprising an unparalleled source of data on rare American coins, medals, tokens, and paper money;

A photographic record of the fabled collection of $2.50, $5.00, and $10.00 United States gold coins from the collection of Colonel E. H. R. Green, housed in three handsome leather-bound volumes;

Complete sets of The Numismatist (including the first six volumes), the American Journal of Numismatics, Frossard’s Numisma, and both series of The Coin Collector’s Journal;

J. N. T. Levick’s own annotated copy of his April 27-29, 1865 coin collection (postponed to May 28, 1865 due to the assassination of President Lincoln), one of only twelve specially issued;

Among classic works on ancient and foreign numismatic topics to be featured in the January 2010 are:

A complete original set of Georgii Mikhailovic’s monumental work on Russian coins, including part 2 of Peter the Great, bound in thirteen volumes;

Classic sets on medieval and modern German numismatics include Hoffmeister on Hesse, Dannenberg on Saxony, Bahrfeldt on Marienburg, and Fiala on Brunswick, among others. Included as well is a set of Corpus Nummorum Italicorum and classic works on Renaissance medals.

As the library is catalogued over the coming months, further details will be provided. At present, a second sale is planned later in 2010.