On June 3rd, 2010, Kolbe & Fanning Numismatic Booksellers will offer for sale at auction the second part of the remarkable numismatic library carefully assembled over seven decades by the New York numismatic firm founded by brothers Morton and Joseph and ably carried on by Norman, Benjamin, Harvey, Susan, and Lawrence Stack. 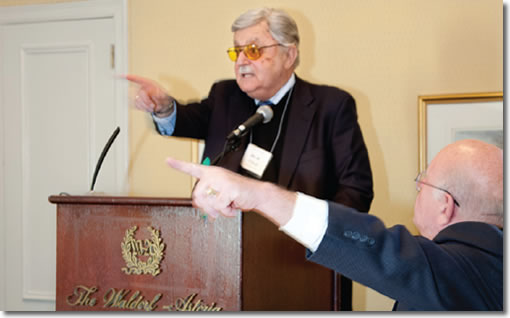 For over fifty years, the fabled American portion of the library resided in antique bookcases lining one wall of Harvey Stack’s office, and along the opposite wall as well.

Other portions of the library were, for many years, located throughout the main floor of the firm’s New York City retail location at 123 West 57th Street and many of the great classic works on ancient and foreign coins and medals were carefully arranged on the second floor in the Coin Galleries offices. Covering virtually all aspects of numismatics and replete with rarities, it was one of the finest working libraries on numismatics ever formed in the United States.

On January 9, 2010, 400 lots of key works from this magnificent library were sold by George Frederick Kolbe at the Waldorf Astoria Hotel in New York City in conjunction with the New York International Numismatic Convention.

The total price realized, including the 15% buyer premium, was nearly $950,000, or an average of nearly $2,400 per lot. Added to that were 100 lots of duplicates from the American Numismatic Society Library, bringing the sale’s grand total to slightly over one million dollars.

Comprising 1072 lots, this upcoming second Stack’s sale is particularly rich in often-consulted standard reference works, although it also includes a number of rarities and particularly desirable items that did not find their way into the first sale.

Highlights among the 506 American lots in the June 3 sale include:

The second half of the sale is largely comprised of still indispensable works on ancient, medieval and modern numismatics covering the international numismatic spectrum. A few works featured among them include: