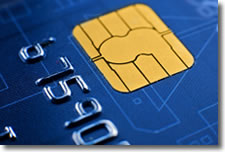 It’s no secret. The currency of choice is not change, and it’s no longer paper money. For many Americans, both forms have become annoyances — especially in high value purchases. Coin usage is declining, and trending toward extinction. These days, it’s about plastic with the convenience of credit and debit cards.

While the U.S. Mint is spending money on mandated marketing and a doomed promotion of Presidential $1 coins, or announcing the exciting four new 2009 Lincoln penny design images, the reality is Americans dislike to receive or use these coins more than any other pocket change. And how a coin looks or feels is mostly inconsequential to anyone but collectors. But it goes beyond the penny and dollar $1 coin, as the outlook for every circulating coin further declines.

It’s all about convenience

Convenience is the fundamental driving factor that has decided the success or failure of coin usage today. Of any coin, the quarter is the most used with the least amount of disdain. For smaller transactions, its king. For larger purchases, it’s still, however, lost in the mix. Where does that leave coins as the years go by and smaller and smaller transactions are turning toward plastic?

In its 2006 Annual Report, the U.S. Mint cited the downward demand for circulating coins as its second key challenge.

Over the past five years, the public’s use of credit and debit cards, ePurses, stored value cards (like phone cards), contactless transaction cards (like EZPass and SpeedPass), and other forms of electronic transactions has increased substantially. This transformation of the economy toward more cash-free transactions might have significant implications for the nation’s demand for circulating coins in the future.

The latest Mint circulating coin production figures highlight their challenge. If the trend continues, 2008 will score a new record for the fewest coins produced in at least the last ten years. 2000 was a momentous year with more than 28 billion coins issued. 2008 will be lucky to see just more than 10 billion coins. And of that amount, more than half will be pennies whose value is certainly felt by charities, but not by most of the spending public.

In a Numismatic News article titled, Dollars Aren’t Only Coins Not Circulating, Dan Knauth writes about the failure of Presidential $1 coins, and how others fail to circulate.

Most transactions today are handled with credit and debit cards. Go to the grocery store, the gas station, the drugstore – people pay with plastic. When people do pay cash, they use bills, not change.

How long will it be before coins become obsolete for everyone but the collector and rare coin investor? Can the trend away from using circulating coins possibly reverse? It wouldn’t seem so.

Even the smallest of transactions are trending toward plastic, instead of coin. 9NEWS.com reports in the video excerpt below about how Denver’s Public Works Department is proposing an experiment with new downtown parking meters that would accept debit and credit card transactions.

Lisa Nierenberg who often parks in Denver’s downtown was quoted as saying, “I would love it because I never have any money on me.”

Again, it’s all about convenience. And circulating coins are gradually losing their appeal in use.

People would use coins and currency more often if items were priced to make them easy to pay for in cash. For example, in a state with 6% sales tax, 94 cents plus tax would be exactly $1.00.

If you look at the mintage figures of pennies versus dimes from 1967 to 2007, you will see two different trends. Penny production grew steadily in the 1970s, plateaued in the 80s and 90s, and in this decade has fallen back to 1970s levels. Yet during that same time, dime production has generally continued to trend upward.

If cashless transactions were really the culprit of diminishing coin usage, wouldn’t the dime production trends mirror that of pennies?