The event drew more than 3,700 global participants, and generated near-perfect sell-through rates of better than 99% by value and by lots sold.

The event’s top lot is the top graded example of the 1851 version of the coin in its second year of production.

"It is believed that the Mint struck nearly 2.1 million of these 1851 Double Eagles," says Todd Imhof, Executive Vice President of Heritage Auctions. "Of those, somewhere around 3,000 remain in all grades remain today, and only 200-300 in Mint state. Only two or three near-Gem examples were known … until this Gem was discovered. It is a magnificent coin that will be a central part of its new collection."

Also reaching six figures was a 1851 Humbert Fifty Dollar, MS61, which prompted 51 bids before ending at $115,200. Colloquially known as "slugs," Humbert fifties had the advantage of having been struck by authority of the federal government and accepted at the Custom House of payment of duties. They were also widely used by banks and merchants in larger transactions. Although the Humbert slugs were manufactured in large quantities, most eventually were melted. Those that survive are either heavily worn or impaired, and often are both.

Also generating enormous interest was a 1907 Wire Rim Ten, MS64+, which brought in 65 bids before closing at $90,000. The 1907 Wire Rim Indian eagle is avidly collected by series specialists and pattern collectors alike as the only available issue that shows Augustus Saint-Gaudens’ original design for the ten dollar gold piece. Of the 542 examples originally struck, only 472 were distributed, with the remaining 70 melted after 1915.

Appearing at auction for the first time, a 2000-D Sacagawea Dollar, MS64 ended at $66,000. More than 20 years after it was struck, a mule that paired a Sacagawea dollar obverse and the statehood side of a 2000-dated South Carolina quarter was reported in the June 27, 2022 issue of Coin World. Mules — coins struck from mismatched dies — are undeniably rare, but this example is unique. It is more dramatic than the other famous Sacagawea dollar / statehood quarter mule, since the state is identified, and it shows the Sacagawea obverse.

Other highlights included, but were not limited to:

Images and information about all lots in the auction can be found at HA.com/1351.

I would like to be able to say I bought all of these to fill out my collection, but then I would like to say a lot of things that combined with a few bucks might get me a cup of coffee.

I second that emotion Sir Kaiser.

A hearty welcome to the Floating Castle of Numismatic Dreams, Coinman! 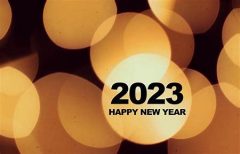 Thank you Sir Kaiser! Wishing you and yours a very healthy and HAPPY NEW YEAR!

You’re very welcome, Coinman, and thanks in return for your kind wishes!