The United States Mint is now selling a bronze version of the two Air Force Silver Medals that were issued as a part of their U.S. Armed Forces Silver Medal Program. The Mint program honors the six branches of the Armed Forces — Air Force, Army, Coast Guard, Marine Corps, Navy, and Space Force.

A companion to the silver program and representing the first bronze release, the U.S. Air Force Bronze Medal is $20 without limits.

Created by Paul C. Balan and sculpted by Phebe Hemphill, obverses (heads side) feature a fighter jet pilot flying alongside F-22 fighter jets, with a stylized landscape below. Inscribed above and to the left of the pilot is "U.S. AIR FORCE."

Designed by Jamie Franki and also sculpted by Hemphill, medal reverses (tails side) depict the three spires of the Air Force Memorial. Surrounding the memorial are members of the U.S. Air Force Honor Guard in ceremonial assembly. Core values of the Air Force are inscribed around the border — "INTEGRITY FIRST", "SERVICE BEFORE SELF" and "EXCELLENCE IN ALL WE DO."

The U.S. Air Force Bronze Medal is available directly from the U.S. Mint via their online store for military medals.

If the Mint were to sell the larger version of this Bronze Medal it would retail for $160, which is exactly the same price as the 2.5 Ounce Silver Medal. Crazy pricing!

Simply I just now say NO, the jackup in pricing was crazy. I think that the medal sales must have fallen off a cliff. As Kaiser pointed out the medal pricing is a complete RIP OFF…Venu$??? que paso????????????

Incidentally, we can lay claim to actually having a “Space Force” once we have the capacity to transit the galaxy in less than the lifetime of the entire human race. 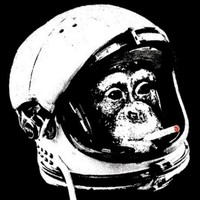