Military and coin lovers alike will want to check out the newest product from the United States Mint, the U.S. Air Force 2.5 Ounce Silver Medal. Demand for the medal is expected to exceed supply, so not everyone will be able to purchase one when its released today at noon ET.

Struck in .999 fine silver to a diameter of 2 inches, the product marks the first from the U.S. Mint’s Armed Forces Silver Medal Program. Future releases will honor the other U.S. military branches including the Coast Guard, Navy, Marine Corps and Army. Bronze versions of the medals are also planned for down the road. In addition, a 1-ounce version of the Air Force Silver Medal will also be available next year.

Over two dozen design candidates for the Air Force Silver Medal were unveiled back in 2018. Three were recommended following reviews. The final two designs were selected by the Treasury Secretary.

The medal was expected to debut in 2020 and again in June. Circumstances changed, however, owing to factors such as the pandemic and ordering system improvements, delaying the medal’s release until this time. The program is scheduled to continue in August with the Coast Guard Silver Medal slated to be appear on the 17th.

An image emblematic of the United States Air Force appears on the obverse (heads side) of each new silver medal. The design depicts a fighter pilot with F-22 fighter jets in the distance and a rough terrain below. Inscribed above and to the left of the pilot is "U.S. AIR FORCE."

For the reverse (tails side), we find an artistic representation of the three spires of the Air Force Memorial, which is located near the Pentagon in Arlington County, Virginia. Surrounding the memorial are members of the U.S. Air Force Honor Guard in ceremonial assembly.

The core values of the Air Force are inscribed around the border — "INTEGRITY FIRST," "SERVICE BEFORE SELF" and "EXCELLENCE IN ALL WE DO."

AIP Designer Jamie Franki is the artist of record for the image with Ms. Hemphill also sculpting.

These medals are produced at the U.S. Mint’s facility in Philadelphia, but bear no mintmark as is common with U.S. Mint medals.

The Armed Forces medal may be purchased directly from the U.S. Mint via their online store for silver medals.

Pricing is listed as $160 with an initial household order limit of one. There is no mintage limit.

Not Interested in these medals. Probably be another shit show while trying to order anyway. Not wasting my time. Prefer the new 2oz. Bullion Queens beast completer coin that just came out. Ordered from the Royal Mint with um no issues.

It’s much cheaper to purchase the Queens Beast Royal Mint coins from a US dealer. A roll of 10, $712 plus shipping from the Royal Mint, US dealer JM Bullion $615 free shipping. I like the coins too, but try to shop for a good price. Just saying…

Reason I buy directly is that they ship single coins in capsules. APMEX, JM bullion ship in flips due to being in tubes scratches and damages easy from sellers in the US.

Christopher — I long ago abandoned getting medals. I only buy ones that are “real” coinage. That said, I just logged on to see what the side-show looked like on this one. 25 minutes after you “could” order it there was still no problem getting one … a FAR cry from what we all have experienced on the other REAL coins. — Mike
PS Just checked before I hit send … and it is still no problem at 31 minutes

I got to the site at 11:15 not one bit of lag and was in and out with no problem. Thanks US Mint I would never order from Royal Mint. USA USA USA

I’m a USAF retiree. My wife was in 13 years. I was excited to get this coin until I took a good look at it. To start, the coin is supposed to commemorate the USAF since its beginning, at least that’s what the Mint site eludes to. A woman on the front as the pilot? Really? And then there’s a black male biggest on the back, then a black female, then in the back, a white male. I’m not racist. I’m no bigot. I served with an awful lot of good men and women of all races, but this kind… Read more »

Wow, do you hear yourself? You ARE a racist. Sorry, the truth hurts sometimes.

Yeah, you’re right. I guess we should just erase white men from everything. That’s not racist at all.

Recognizing other races, genders, and ethnicities is not erasing the “white man from everything”! I am a white man and your words make me cringe! You should really have someone read your words back to you. You just don’t get it! Too set in your racist ways I guess. Good day to you sir.

Common sense truly is dead. Good day to you.

Heck yeah you are!

Your choice. Best of luck.

“My mind has been going places without me lately…” – from a song which I cannot remember the name of…(kind of ironic I guess! Lol).
Off the reservation with my “fire water”! – (Tax free, of course, like with tobacco products on the reservations).
They should sell replica Peace Medals at the reservation gift shop!

Glad to see someone on here besides KW and Dick who have a way of bringing out the best at coin news lol. I got mine dude, did you pass on it… My road trip last year I stopped only because I had a woman driving lol I would have died laughing if I saw replicas and then the “natives” could say made by non profit all while charging up the wazoo. Capitalism at its finest, which they claim to hate lol

I am a USAF/NSA brat of the first 21 years of my life (we got to keep our military id cards till age 21 back in the day as long as we were enrolled full-time in a 4-year college/university as I was) – so I had to buy this beautiful, but very overpriced silver medal. My father served for 20 years & I got to see half the world thanks to his service.

Oh NSA huh Thanks to Crypto I bought a TV and can watch the world lol. No really I love taking trips they are a blast. I definitely prefer road trips over flying, so much is missed flying right by and seriously thank you and any one else who has served or is currently. That’s one reason I collect, some marine years ago told me to buy from the mint. All in all I think coin collecting is a great hobby for everyone

I too love road trips, as long as I don’t have to drive & we can stop at every gift shop along the way! Lol. (I was never a good driver – always distracted by “sight-seeing” while driving!)

I’m terribly saddened to learn someone so regal as yourself was relegated to such a dubious institution. Is MSU even accredited? I guess not everyone is able to attend a prestigious university, say Wayne State University, for instance. How very, very sad. 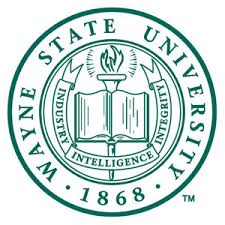 I’ve no doubt it was quaint, pastoral and hardly bleak at all. As for their horrifying reputation, Spartans haven’t eliminated unwanted infants by exposure since cuckolded Menelaus plunged Hellas into war. But still, you were SO close to the campus renowned for Intelligence, Industry and Integrity plus, the very groovy Plum Street, you must feel regret as to miss such a tremendous opportunity that Wayne State did and continues to represent. 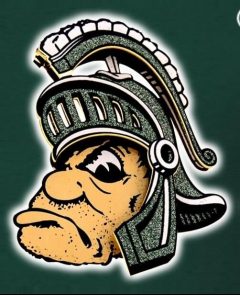 Tongue-in-cheek? Is that when one packs a masticated mass of that deli-ghtful deli-cacy in one’s cheek for a snack later?

Of course, you would never have had to tolerate those girlfriends’ and mothers’ barbs had you elected to become a Tartar, which, by the way, is a culture more proximate and relevant to your proud lineage than a population of ancient misogynistic war mongering fascists. 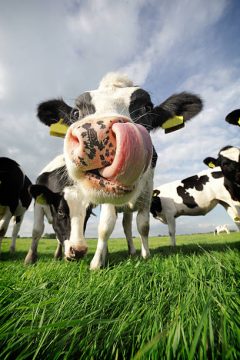 I think there may be a Munich throng from the late 30s/early 40s (take your pick) absent from the collage. Of course, his highness was residing in The Netherlands at the time, so the omission is understandable.

Now, at least, I know what sub-lingual means, I think. 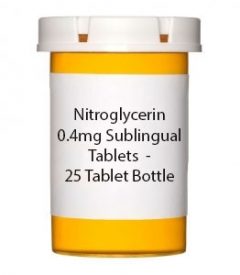 I agree KW and Seth

Too many stupid guilty white people* is what I’d say. 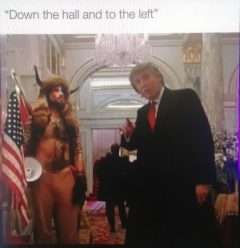 B K
Reply to  Glenn

The US Mint should stick to minting coins only, The crap they stamp somtimes is a joke, as I would rather have 5 1oz Eagles over a 2 1/2oz silver round with a picture stamped on it

so, no problem finding the silver for this thing, unlike the morgan and peace dollars?

I think it’s a nice design, pretty pricey but a nice looking medal. And the Coast guard design is absolutely beautiful. I would like to get the entire series. Hopefully the rest will be easy to acquire and not have to pay over cost.

They are coming out with the same coin next year in a 1-ounce size. That will likely be more affordable, unless silver skyrockets by then.

Exactly, Kaiser. This certainly applies to the next round of 2021 Morgan Dollar sales.

Anyone who wants one down the road, I predict, will be able to buy one at below cost.

Just got notice that this has been shipped. Maybe things have improved. We shall see.

It would have been a nice touch to honor the mechanics who keep our Air Force jets in tip-top condition, but there is only so much room on a coin…er…medal.

KW, with all due respect, the medal depicts the F22 and the USAF does not fly the F-18 E/F Super Hornet. But you are correct in stating that another aircraft would be emblematic of the various airframes of the USAF, including the A-10.

They really do look ants from up here, nonetheless, I still care.

Served in US Navy and understand my USAF brethren wanting this. Waiting for Navy Medal – Navy All the Way!

And, at least you showed up for your draft duty appointment as a USA citizen in 1966, instead of fleeing North. Thanks so very much to all our USA armed forces veterans past & present and active duty also!! – with much gratitude from me as a civilian, as you are all my heroes.

Ah, for throwing trash on highway?, a Group W Bencher 😉

Served in peacetime myself.