The top lot was a Great Britain 1839 Una and the Lion 5 Sovereign graded NGC PF 62+ Cameo (lot 339), which realized CHF 480,000 (about $478,000). The obverse of the coin shows the young Queen Victoria, while the reverse displays a figure representing her guiding a lion, a symbol of England. The scene is inspired by one involving Lady Una in Edmund Spenser’s epic poem "The Faerie Queene."

Meanwhile, an England 1658 Gold Pattern Half Crown graded NGC PF 63 Cameo (lot 124) realized CHF 312,000 (about $311,000). Only six examples are known of this off-metal strike, according to the auction house. The coin shows Oliver Cromwell, whose death in September 1658 was the beginning of the end of the Commonwealth of England, a period of just over a decade when the monarchy was abolished.

Another top offering in the sale was a Great Britain 1768 Gold Pattern 2 Guinea graded NGC PF 65★ Cameo (lot 243). From early in the reign of King George III, this coin was one of only a tiny number struck; these were never intended for wide usage because smaller gold denominations were desperately needed at the time. This coin realized CHF 264,000 (about $263,000).

NGC is showcasing high-resolution images of the coins that have been offered so far from this unparalleled collection in an image gallery on its website. In addition to the coins from the Part 2 auction, the gallery also includes the coins from Part 1, which realized CHF 8.3 million (about $8.9 million) in November 2021. To explore the gallery, click here.

To enhance these stunning coins, NGC encapsulated them with a special label that combines the British flag and the Matterhorn, a Swiss mountain that represents the highest level of achievement. SINCONA, which is headquartered in Zurich, will present additional auctions of selections from this collection, including one in the fall of 2022.

Other NGC-certified highlights in the auction include:

Prices realized include buyer’s premium. All dollar amounts are US Dollars.

I have been watching the standard Congratulations Eagle on Feebay selling at a loss to flippers however, the graded versions may be a different story depending on grading fees

They never send me emails 🙁 they offered an A/I bundled set for a while now but the bundle pictured below seems to be a new combination of 4 products.

Personally, I would just buy several of the 2020 those are the Hot ones in the secondary market right now.

NICE! Damn I never get those Memos

“Sold Out” has many meanings at the US Mint.

Discounts are also rare at the US Mint.

There was free shipping for Father’s Day but I no longer see that offering.

It’s US Mint Police Appreciation Week – what will they think of next! 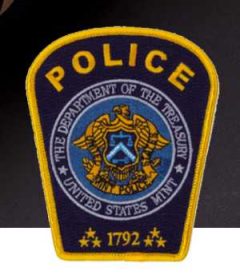 In other news, the Mint Director sneezed this morning. 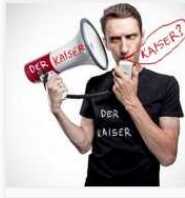 The image below is a familiar sight on Feebay and the sentiment is: “Help I own this crap and I can’t give it away”

Although we have now proven mathematically what I have always said “multiple personalities originate from one IP address – it’s only fair that any real persons (if any) that remain get to see Sir Kaisers exit interview https://www.youtube.com/watch?v=Uo0KjdDJr1c 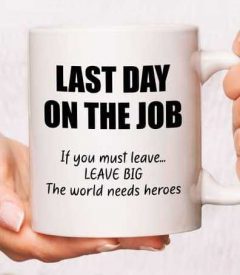 Hi SENZA, I must have missed the thread where you mathematically proved multiple personalities originate from one IP address. I have to admit I do not read every article on this website. My random factor is the 3 most recent comments on the front page. I usually click those no matter what article they are from. This time all 3 were yours. Tell me the title of the article you posted your proof under if you please, and I will look it up. I am curious about what is going on with Kaiser Wilhelm, I hope he is ok. Unfortunately,… Read more »

“Going off in another direction” LMAO you have gone in every direction.

George is gone now but they have these nice people they call Psychologists and perhaps they can help you figure out who you are – I’d like to help but I just don’t have that kind of time.

Just grab your crying towel and don’t miss your train

Oh and “Morgan” was Too Easy

Hello SENZA, Perhaps I have gone in every direction counting all my posts, but I only count 2 on the post above–1 concerns your “mathematical proof” ( I lumped Kaiser Wilhelm in with that one, since I suspect you were too. That is why I wanted an explanation of your “proof” in the first place.), the other (my different direction) George Carlin and the effect the documentary about him had on me. If you feel there are more, point them out to me. I said in the post above that I was amazed how similar my viewpoint was to George… Read more »