Today at noon ET, the United States Mint will start selling their 2022-W $50 Proof American Buffalo Gold Coin. Each is produced at the West Point Mint for coin collectors and contains an ounce of .9999 fine 24-karat gold.

This collectible is a companion to investor-targeted bullion versions also minted each year. Both series debuted in 2006 as the U.S. Mint’s first ever 24-karat gold coins.

Pricing for the proof coin is $2,790.00. That is subject to change weekly, however, based on the Mint’s pricing matrix that ties coin prices to fluctuations in the gold market. The coin’s current price is based on an average of LBMA gold prices that resides within $1,850.00 to $1,899.99 an ounce.

American Buffalo Gold Coins bear a design based on the 1913 Buffalo nickel, Type 1, as created by sculptor James Earle Fraser.

Obverses (heads side) offer a likeness of an American Indian. The right-facing profile is said to have been created using a combination of real men Fraser encountered.

Inscriptions around the portrait include "LIBERTY" and "2022." The artist’s initial of "F" is also shown.

Reverses (tails side), we find the source of the coin’s naming. An American Buffalo, also known as a bison, is shown standing on a mound of dirt.

U.S. Mint provided specifications for the coin are as follows:

Despite their higher price, thousands of these gold coins are sold annually, as illustrated in the table below.

Other variations of the coin have also been issued in past years by the U.S. Mint including fractional sizes and a special reverse proof edition.

2022-W $50 Proof American Buffalo Gold Coin may be ordered directly from the U.S. Mint via its webpage dedicated to gold coins.

The gold proof buffalo is my favorite coin. 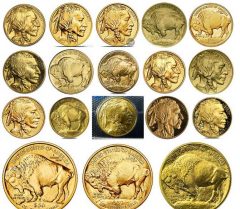 Senza: Can’t kill the rooster. Surprised how late this article came up.

I was snoozin’ never noticed 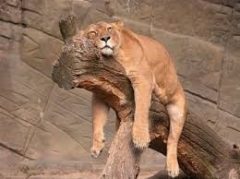 What are the sellout chances on this one?

With the way the gold market is today they will be lucky to sell one.

Isn’t this the first year the mint has capped the mintage? And with no household limit, I’d say the speculators will swarm this one.

With a mintage/product limit of 16,000 it probably won’t sell out within the first 24 hours even with a household order limit of none.

The new Gold = even trade one bottle for one coin SHTF 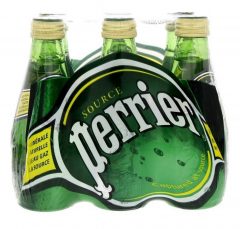 I’m thinking it’s like when Cherry Garcia goes up to $7.99 I love the stuff and I could afford to pay that but it becomes an insult to my intelligence (stop laughing) and I just walk away until it’s $2.99 next week – My point being – I wonder if the wealthy old farts use the same logic or are they just 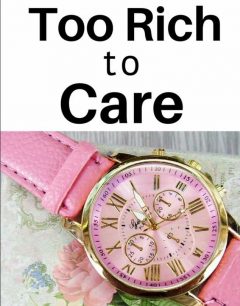 Just for fun Kaiser, I’ll be more committal and guess we see a Back Order button before noon on Friday. Anyone else want to make a fool of themselves too with a prediction?

Are you serious? With gold at $1858/ounce and the mint charging $2790 for the Buffalo, plus the effects of the wonderful Biden administration, I doubt very many people are going to be buying these. I sure as hell won’t be buying any.

Interesting information. Thanks for posting. Plus, it makes me feel slightly better about my purchase.

I’m generally buying for love of collecting, not investment value. I’ve yet to sell a single coin from my 30+ year collection. There may come a day for that but it’s more likely that my heirs see a windfall. They really won’t care how much I spent on the coin then. I know I won’t.

Plus, I assume a “collector” coin itself has some intrinsic value separate and apart from the precious metal content. Otherwise, all one ounce gold coins would sell for the same price regardless of mint mark, mintage, year or type of production. But I guess the idea of different prices for different coins assumes that there is still a collectors market out there looking for and buying particular coins. I sometimes wonder whether the mint is trying to destroy that market by pissing off the true collectors of coins out there. I know I’ve come close to throwing in the towel… Read more »

REB, your observations are correct regarding numismatic gold coins versus bullion gold coins, as evidenced by the difference in the premiums charged, which can usually run up to 5% for gold bullion and up to 50% for gold proof coins (e.g., Gold American Eagles and Buffalo).

But does the Mint really make the biggest profits? Or do speculators on unnecessarily low mintage items make the biggest profits? I use the gold WWII privy mark coin as an example. Why not give a window of 3 hours, 12 hours or 24 hours for collectors to preorder a coin instead of limiting the mintage to the insane level of less than 2,000 coins? I feel certain the Mint would have made much, MUCH more if they had not squeezed the limit so. To get the coin, collectors had to pay many times the Mint release price. I know… Read more »

Kaiser Some well informed individuals in the investment world think gold is overpriced at $1850/ounce and are negative on the precious metal for the next decade. They like commodities prospects for that duration ex gold. I hold several Proof Buffalo coins in my collection, but all of them are more valuable now than what I paid for them. I can’t rationalize paying $2790 for this iteration, or more to the point $900 to the mint ‘government’ to produce it. I understand those that like to keep up their collection but I can always find better uses for my money. My… Read more »

I can’t wait to see the prices he’ll be offering them for. I’ll be laughing at any idiot who will lay out $4K plus for a ANAC graded slab!

Don’t foreget the covenient payments and the Red Oak

Can you imagine walking into a Mike Mezack sycophants abode and gazing at hundreds of Red Oak Boxes set up everywhere. I always wonder how many Red Oak Boxes does a serious coin collector need.

I just can’t seem to get enough https://www.youtube.com/watch?v=cVsQLlk-T0s&t=188s

I was thinking when I posted that maybe it should be with a 5 handle instead of the 4. With Mike ‘buy it now’ Mezack you never really know. Are you going to stay up for the lunar eclipse this weekend? All I ask for is a cloudless night! 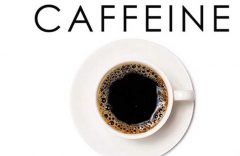 And it might not even be real wood https://www.youtube.com/watch?v=cDAiJ04UShM 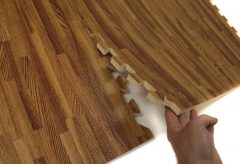 I got one … actually my wife did all the work with the keyboard. She’s pretty cool under pressure. It was a quick transaction. Got the confirmation within 15 seconds online. Last I looked 7,513 are left.

Sales seem to be brisk, though there is no indication of heavy traffic on the Mint website. After the first 15 minutes of sales, at 12:15pm ET data-available = 7,129.

The pace seems to be slowing. With no limit it still might sell out before 24 hours but I think most will be able to get one over the next couple of hours. I wonder if the heavy traffic on silver is because it’s cheaper for speculators to purchase up front. With gold, you’ve got to have some $$$ to get in and the downside risk if the coin doesn’t sell on ebay is greater.

Beautiful coin. Too bad the mint has it marked up so much above the spot price for gold. I’d buy Pandas for my money, there’s more demand for them. Although, I won’t be buying either. Buy low, sell high. It’s my mantra.

Hi Reb where do you go to see how many they sold? Thanks.

Go to the item description. Right click over the title of the coin(s). Choose “View Page Source” from the pull-down menu. Key in Control-F. At the bottom left-hand corner type in “data-available” (I type “data-av” to save a couple of key strokes). Then, enter the search. It should highlight the number. It is now 4,835.

Lightning fast regular shipping – I ordered Thursday and got the coin today. I think that’s the quickest turnaround from the Mint I’ve ever seen.

Nice choice of gold. I like the Pandas myself but the Austrian gold is very nice. 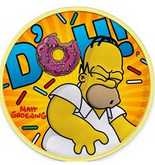 geebus that’s nearly $1000 premium over gold for this puppy. the mint is making a mint on these har har har

Wow, almost $1000 over gold value! That is quite a markup! Inflation is everywhere.

The world is now complete. MM is now selling a signed slabbed 2021-W Burnished MS70 FDI Silver Eagle signed by none other than MM.

He announced a few weeks ago that he has a licensed agreement with NGC to produce a few limited and rare…oh I’m sorry…RARE coins each year. And yes, they will be hand signed by Mike ‘You must own this coin, you must buy it now’ Mezack. Just imagine, we can now own a coin holder that’s actually signed by a living god! It also comes with the Red Oak Box!

As of today June 7th this item is currently unavailable might be available in the future sounds like it was a good seller.