Precious metals kicked off the new trading week and month on Monday with losses that ranged from 0.7% for platinum to 3.9% for palladium. Silver drove its losing streak to ten in a row and ended the day near a three-month low. Gold, meanwhile, finished at a more than two-and-a-half-month low.

The precious metals are getting hit early this week by the bearish outside market forces of a strong U.S. dollar index that is near a 20-year high, higher U.S. Treasury yields and chart-based selling pressure as the near-term technical have eroded significantly the past two weeks," Jim Wyckoff, a senior analyst at Kitco Inc, said in a daily research note.

In other precious metals futures prices on Monday:

Published United States Mint bullion sales were unchanged on Monday. Below is a sales breakdown of U.S. Mint bullion products with columns listing the number of coins sold during varying periods.

And there it goes, until next time when it will rise again.

Or a Pink Cadillac

CONGRATS Antonio, with a winning record like yours there’s no doubt your over qualified when it comes to winning and that calls for a celebration https://www.youtube.com/watch?v=8ylutqF6iO0

Antonio is too hot (to handle) 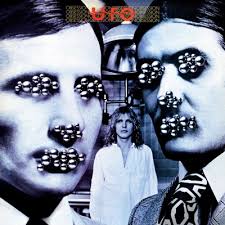 That’s a gooood one Rich, your striking Gold with that suggestion – here’s your award enjoy https://www.youtube.com/watch?v=zF4MvVgmHSI

I own a few gold coins.

Antonio, it’s been a while since I have given away a car but your winning record deserves this Cadillac – https://www.youtube.com/watch?v=V4PeT6aeytU 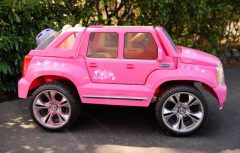 If only I had a garage and street parking is a bear to find.

It’s important to know what this chart is really telling us; as Don Knotts said 9 times “Let Me ClarifyThis” 2007 – 2008 The economy was suffering before Wall Street or the Fake News would admit something was wrong. Those who understood fundamentals and the environment around them purchased gold and silver until it peaked and then unloaded and took profits. 2009 The Fake News and Wall Street admitted their shortcomings and wrongdoings but it was after-the-fact, the economic cycle had already gone from trough to peak to trough again and that’s where it should have ended………… But something odd… Read more » 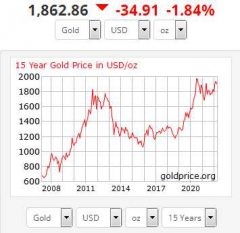 SENZA, could this chart of the 15 year gold price possibly be a massive inverse head and shoulders pattern predicting a reversal in the down trend and, which upon completion, may signal a bull market (matching your At World’s End scenario). 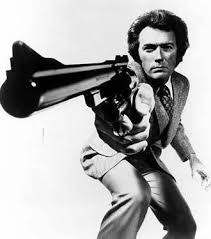 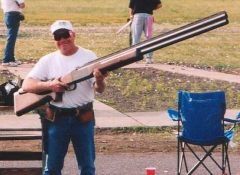 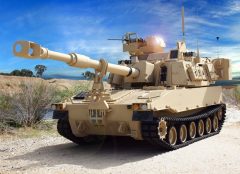 The Germans had a big one

I can’t imagine a better representation of the shiny stuff than that image Sir Kaiser, an Award is in order………… 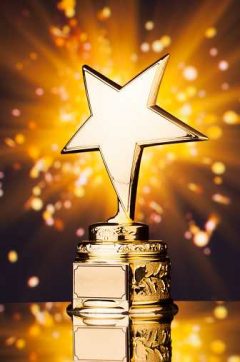 I remembered being amazed when gold hit $800 an ounce.

Gold has always been too expensive for me – I have a small amount set aside in case, someday, it has some practical use or value – today is not that day.

Here are some Golden Fool’s

It is not this day.

No worries Sir Kaiser, we expect the price of Gold and Silver to continue to go up until the end of time at the US Mint 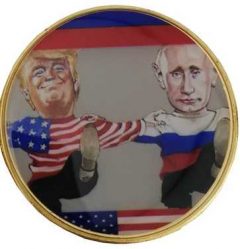