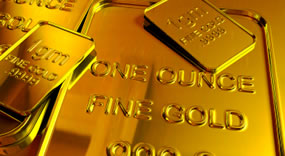 Gold, silver and other precious metals declined Monday as the U.S. dollar rallied and as concerns heightened over Chinese economic growth.

"There was nothing new," said Dave Meger, director of metals trading with Vision Financial Markets. "There was an additional sell-off in Asian markets and continuation of the concerns about the Chinese liquidity crunch. With the dollar up dramatically once again and bond yields moving higher, the same factors from the last several days apply once again today."

"Medium term, we expect that gold prices will decline further given our U.S. economists’ forecast for improving economic activity and a less accommodative monetary policy stance," Damien Courvalin and Jeffrey Currie from Goldman said in a note on Monday.

Last week, losses among the precious metals tallied to 9.1% for silver, 5.4% for platinum and 7.8% for palladium.

US Bullion Coin Sales in June

Sales levels for United States Mint bullion coins were unchanged as of 3:28 p.m. ET. Last week sales were exceptionally strong for gold coins and a bit weaker from the previous week for silver coins.

The following are daily, June and year-to-date bullion coin totals as provided by the United States Mint.

The Great Basin 5oz has been put on hold. Any reason why? Lower price or delay in minting? Can any shed some light on this!

The damage to the mining sector is done. As if choreographed, the powers of perception that be have destroyed sentiment along with an industry.

Perhaps they didn’t count on the surge in physical demand?

We will find out soon enough, and especially if these (central banked manipulated) financial and macroeconomic conditions persist.

But the sector may never completely recovery from decades long price disconnect combined with horrible current sentiment. It is somewhat parallel to what will eventually happen with the broader financial system..The next credit event will destroy so much that will never return.