Offered as the second issue in a five-year design series, the U.S. Mint today releases the 2022-W First Amendment to the United States Constitution Platinum Proof Coin — Freedom of Speech.

The 1-ounce coin is composed of 99.95% platinum with a $100 face value. It goes on sale beginning at Noon Eastern Time.

The themed American Platinum Eagle First Amendment series debuted last year and will continue through 2025. Each is dedicated to one of the five freedoms enumerated in the First Amendment to the United States Constitution — Freedom of Religion, Freedom of Speech, Freedom of the Press, Freedom to Peaceably Assemble, and Freedom to Petition the Government for a Redress of Grievances. The five-coin series features annually changing obverses (heads side) which are based on the lifecycle of an oak tree.

"This series uses the lifecycle of the oak tree from seedling to a mighty oak as a metaphor for our country’s growth as a Nation that values freedom," the Mint explained in a release. "Liberty grows to a thing of strength and beauty from a seed — our Bill of Rights. Each of the freedoms enumerated in the First Amendment contributes to the growth and development of the Nation."

This year’s proof Platinum Eagle shows a juvenile oak tree framed with the inscription "WITH FREEDOM OF SPEECH LIBERTY BLOSSOMS."

Obverse imagery for all five coins was created by Artistic Infusion Program (AIP) Designer Donna Weaver and sculpted by U.S. Mint Chief Engraver Joseph Menna. Inscriptions on each include "IN GOD WE TRUST," "E PLURIBUS UNUM," and their year of minting.

Changing designs are not new for the series of proof coins. Previous issues carry emblematic design themes like "Vistas of Liberty" and "Foundations of Democracy." The most recent theme centered on the "Preamble to the Constitution" with the 2018 "Life" coin, the 2019 "Liberty" coin and the 2020 "Pursuit of Happiness" coin.

Offered on the reverse (tails side) of this latest coin is a design first seen on the just mentioned "Preamble to the Constitution" series. The imagery was selected as the common reverse for all five of the First Amendment to the United States Constitution platinum coins. It depicts an eagle in flight with an olive branch in its talons.

The reverse is the work of Artistic Infusion Program Designer Patricia Lucas-Morris and it was sculpted by Medallic Artist Don Everhart. Inscriptions read "UNITED STATES OF AMERICA," "$100," "1 OZ.," and ".9995 PLATINUM." An added ‘W’ mintmark indicates the coin is produced at the West Point Mint.

The 2022-W First Amendment to the United States Constitution Platinum Proof Coin — Freedom of Speech may be ordered directly from the Mint’s catalog of platinum coins.

The strike has a maximum mintage of 15,000 and has no household order limits.

Waiting for the no borders, no country coin. I’m sure all the “OLD LADIES” here will buy all they have and whine about the price!!!!!!!!!!

Considering the Anatomy of a Coin, by definition a coin must have a outer border, or edge.

The world is round, not flat. If the world was flat, then cats would have pushed everything off of it by now. 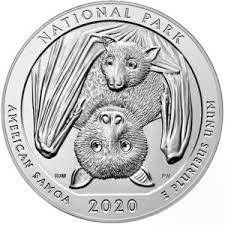 Rich, I must admit I do love that Bat coin!

Apparently not many are going after this arboreal motif treasure; in the first hour after release, the number available only dropped by 2385.

how did you find total number available or left? I usually check when I put in my cart, but they limit cart to 99 pieces!

in chrome, right-click and select ‘view page source’, search for ‘quantity’ and look at the ‘data-available’ amount. right now it shows 5463.

your guess is as good as mine as to how ‘accurate’ that number truly is.

thank you so much! what a help!

Kia, the pace of sales must have picked up in the last hour. After just 2 hours of sales since their release, at 2pm ET there are only 5,500 coins left available out of the 15,000 product limit.

Thanks for the clarification, Kia. On Tuesday the Mint will post the cumulative sales total for this coin’s 4-day sales through Sunday. Even if the infamous 18 Dealers participating in the Advance Bulk Purchaser Program (ABBP) placed advance orders for 10% of these coins before today’s release, that would only account for about 1,500 coins (since no more than 10 percent of products with limited quantities will be distributed under this program). BTW, at what point would a coin like this go into “Backordered” status – would it be when these initial 8,167 coins have been sold before any more… Read more »

Thanks for pointing out the need to correlate the current “data available” figure with the most recent weekly cumulative sales figure and the product limit for the coin in question. Your premise that the mint produces these coins in batches/stages based on the underlying sales strength may explain the Mint’s “mysterious ways.” For example, the 2021 Platinum Proof with a product limit of 15,000 became Not Available [Remind Me] tonight and is “currently unavailable.” Earlier today it had 19 coins available and as of last Sunday (4 days ago) it had a total sales of 9,734. Most likely the Mint… Read more »

UPDATE on the 2021 Platinum Proof: Out of curiosity I checked on the order status of this coin again this morning, and it was available and back for sale with “data available” showing 5 coins available as of 10:20am ET. As Kia99 said, “Umm mysterious are the ways of the Mint” and as I would like to say, “Go figure” – whereas I really would prefer to give this the big Goldfinger!

I like to laugh and think of small changes like this as due to order cancellations, returns or even final “inventory adjustments.”

“financially equipped to acquire this coin” that’s a hard thing to quantify. for instance, someone might say they don’t have the cash, but might be willing to sell something they have to buy this instead. or they might have enough left on their credit card but that isn’t really the same as having actual money. yet others might have the money but decide they would rather keep it on hand for emergencies than tie it up in a small shiny disk, while others might think it makes a great emergency fund because they can’t easily spend it, though they might… Read more »

Kaiser, we’re all equal here- but some are more equal than others!

I believe you’re on to something, Sam. Then there’s that Trillion Dollar Platinum coin the Mint was going to make to end the debt crisis. Whatever happened to that one? Sold on E-Bay to Jeff Bezos?

Whining about the price is what we OLD LADIES always do. LOL 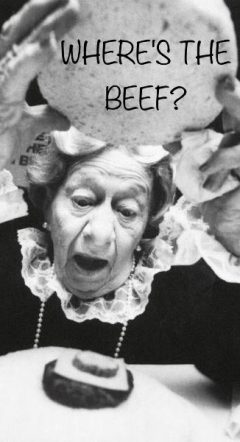 Next year the 2023 platinum coin will be much, much higher than this one in cost. Platinum going north of 2K by end of 2022… you heard it here first…!!!

Do you think the mint will continue to sell Palladium coins with Russia being a large producer of this metal and the US need for a production use of this metal?