Four dollars appear together in a new United States Mint product with the release today of their 2021 American Innovation $1 Coin Proof Set™. Coins of the set honor innovation in the states of New Hampshire, Virginia, New York, and North Carolina.

As the name implies, each coin is in proof quality. This finish is preferred by many collectors because of its sharp relief and a mirror-like background with frosted foregrounds.

Descriptions of the Innovation dollars are below:

These themes are depicted on the coin reverses (tails side). The obverse (heads side) bears a common image across all program releases and depicts the Statue of Liberty.

The U.S. Mint’s American Innovation™ $1 Coin Program debuted in 2018. That year saw only a single introductory coin showing the signature of President George Washington who issued the first U.S. patent. Since then, and as will be the case until the program’s completion in 2032, four new designs appear annually each honoring innovation from a different state, the District of Columbia and the five U.S. territories.

Each is sold for $24 with no published mintage, household or order limits.

All four coins of the set are produced to proof quality at the U.S. Mint’s facility in San Francisco.

Nothing says Ho Hum better than no comments in over 3 hours since this item was announced ….
…. or am I missing something?

Without that “Fake Scarcity” nobody is interested but I do collect this series and hope the Mint will use my suggestion to add some silver offerings. That being said, 4 $1 dollar coins (No precious metals) for $24.00 not going to be a popular item unless you collect them. The bigger question I have is where are the Morgans and Peace dollars the US Mint owes us? I heard fakes are selling on ebay – it says a lot when the counterfeiters can produce coins but the US Mint can’t. Are retail collector’s being made to wait while the US… Read more »

The ever trustworthy internet scuttlebutt is the 1st shipment of Morgan’s start Mon.

SENZA —
Actually I am getting the Reverse Proof version that comes out on November 8th. I think it is the first reverse proofs made of them, right?
— Mike

Actually there are a reverse proof for each coin but what’s new is that you can buy all 4 coins in one set for $28 instead of each coin individually for $11.95 if my memory serves me 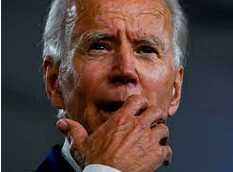 SENZA —
Whoops. My bad. Forgot about that. I guess it was the ability to get the entire year at once is what caused me to do a “Bidenism”.
Thanks for this — Mike 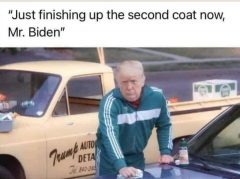 That image “Rocks” no matter how many times I see it

Hey Senza. I just checked and the 5 Morgan Cc privy, 5 O privy, 3-S mint mark and 3- Denver mint show processing and my card was charged. I will let you know when they ship. Hope you receive yours soon.

Must be getting close to shipping because the online dealers are starting to sell the graded Advance Purchase versions.

Innovation “Garbage” you can display with your “BAT” quarters…Yeah !!!!

Sam, you crack me up – Cheers!

US Mint notified me that the (S) Eagle shipped today so it should actually ship in about 3 to 5 days.