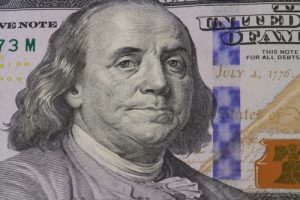 Banknote production slowed in December for a fourth straight month and to an almost 3-year low, data from the agency responsible for printing U.S. currency shows.

The Bureau of Engraving and Printing (BEP) produced 423.36 million banknotes last month, the lowest amount since February 2014, for a combined value of about $11 billion. By comparison, the BEP in November made 538.24 million notes worth over $13.5 billion.

In percentages from the prior month, December saw 21.3% fewer notes and their combined value was 18.6% lower. In other month-over-month comparisons, there were:

The BEP did not make $10s for a second month in a row after nine straight months of pressing them. $2s have not been made since July, and more are not expected for some time. The Federal Reserve noted that their FY 2016 order for $2s was enough to meet demand for "multiple years."

The BEP printed 4.16 million star notes, split across $1s, $20s, and $100s. Star notes are replacements for misprinted or damaged notes and for certain serial numbers like 000 000 000. They have serial numbers that end with a star “*” designation, and are also so indicated by quantities in the images above. Money collectors usually find star notes more desirable since they can be harder to find.