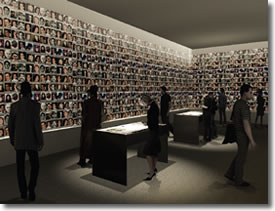 The United States Mint will strike up to 2 million silver medals in 2011 to commemorate the 10th anniversary of the September 11, 2001, terrorist attacks.

$10 proceeds from each medal sold will go to the National September 11 Memorial & Museum at the World Trade Center to support its operations and maintenance following its completion.

"We will soon mark the tenth anniversary of the 9/11 attacks, one of the darkest moments in all of American history," said Nadler. "These medals will serve as a simple commemoration of those who perished, suffered, or are still suffering.

Each medal will include one ounce of silver. Production will be split between the U.S. Mint’s in Philadelphia and Denver, with denoting "P" and "D" mint marks on respective strikes.

While not coins in the typical or traditional sense, the 9/11 Act specifically states that each medal must be made "in the quality comparable to proof coins" and that they "shall be considered to be numismatic items."

Design requirements for the medals include the years ‘2001-2011’ and the inscriptions ‘Always Remember’.

As is typical with coin or medal legislation, specific design details are left up to the U.S. Mint production process. General requirements in the Act mandate that the medals must be:

"Emblematic of the courage, sacrifice, and strength of those individuals who perished in the terrorist attacks of September 11, 2001, the bravery of those who risked their lives to save others that day, and the endurance, resilience, and hope of those who survived.

The Secretary of the Treasury will select the final medal design after candidates are reviewed by the Citizens Coinage Advisory Committee (CCAC) and the Commission of Fine Arts (CFA), and after consulting with the National September 11 Memorial & Museum at the World Trade Center.

A single medal will likely have a price tag that is around $50, given production costs, their $10 surcharges, and the price of an ounce of silver (spot silver is $18.43 an ounce as of this writing).

are they going to put Obama and the Mosque in the medal?

Yes, Samuell, they will. There will also be a special minting that will sterilize you and put you under Sharia law.

Good lord, man, wake up. You know that there was a mosque in the WTC, yeah? And that there are already mosques near ground zero? What next, no new Christian churches in France because of the Albigensian Crusade?

Would you please let me know if and where I can purchase one of these coins?

The design is insulting to the memory of the men, women & children that lost their lives that day. The design does NOT include the name of our country, does NOT include the date of 9/11, and does NOT include an unambiguous reference to Freedom. The obverse resembles an Olympic torch lighting ceremony. The reverse shows an eagle landing on the words “honor” and “hope”, something Congress apparently knows nothing about.

The mint ordering form arrived in my mail today. I like the Obverse though Lady Liberty should have looked more like the Statue of Liberty in my opinion.

The reverse is horrible. It is bland and I agree with BinaryVixen in saying more should have been stated on it. This could have been a very meaningful expression of American pride. To me, it is a good effort but not good enough to commemorate what happened on 9-11 and this nation’s response afterwards.