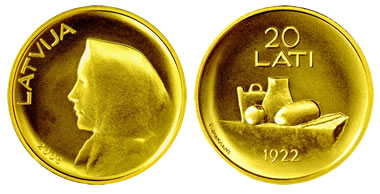 "I would like to congratulate the winners from both rounds of voting," Tappa said. "What makes the results especially interesting is this is the third time Hungary has won the People’s Choice Award."

World Coin News will recognize both winners Jan. 30 at the World Money Fair in Berlin.

This year’s competition featuring coins dated 2008 was hotly contested. The COTY winner was chosen in two rounds of voting. The first determined the winners of 10 categories and the second round chose the Coin of the Year from those 10 initial winners.

The new Coin of the Year topped the Best Gold category. It is a 20 lati issued by the Bank of Latvia. It marks the 15th anniversary of the renewal of the lats currency after Latvia regained independence from the old Soviet Union. The original design was created in 1922 by Teodors Zalkalns but never used.

The Hungarian People’s Choice winner is a 5,000 forint .925 fine silver coin designed by Gabor Gati to honor the Tokaj wine region of Hungary. There is just one round of People’s Choice voting and the nominees are handled independently of the COTY competitors. 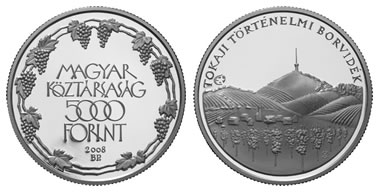 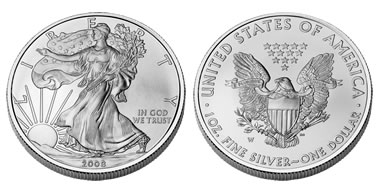 This year’s Trade coin category winner is a bimetallic 2-euro coin issued by the Central Bank of Cyprus. The coin depicts an ancient statue cross. 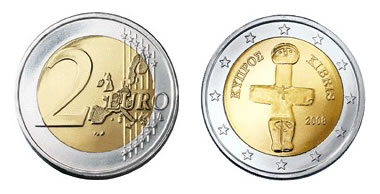 Other first-round winners include a silver 100 tenge commemorating Ghengis Khan from the Kazakhstan Mint. It topped the Most Historically Significant category, which honors persons or events of 100 or more years in the past. 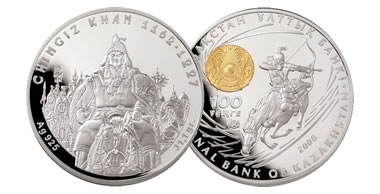 In a related category of Best Contemporary Event, which marks events or persons from less than 100 years ago, a silver 10 sheqalim from the Bank of Israel that commemorates 60 years of statehood of modern Israel received the most first-round votes. 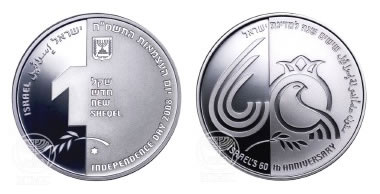 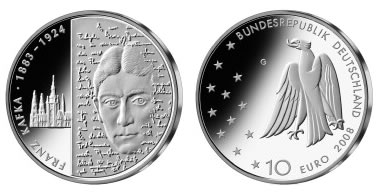 The Austrian Mint’s 10-euro silver coin for Abbey Klosterneuberg received the most votes in the Best Crown category. Crowns are coins that are 34 millimeters or larger in diameter and usually are silver or a base metal silver substitute. 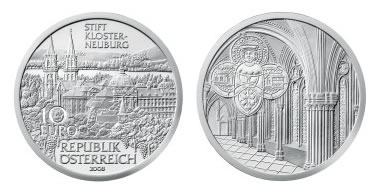 The 65th anniversary of the Warsaw Ghetto Uprising against the Nazi occupation is the theme of the 200 zlotych gold coin issued by the National Bank of Poland that won the Most Artistic Coin category. 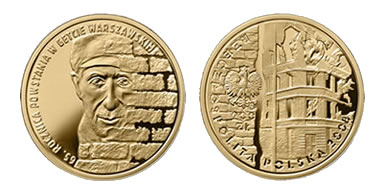 Winner of the title of Most Innovative Coin is an Austrian 25-euro piece that consists of a silver ring and niobium center. The niobium is colored a shimmering green by a special oxidation process and this effect celebrates the phenomenon of light. The design on the obverse shows a gas lamp of the 19th century and the other side carries a portrait of Austrian inventor Auer von Welsbach and an evolutionary series of lightbulbs. 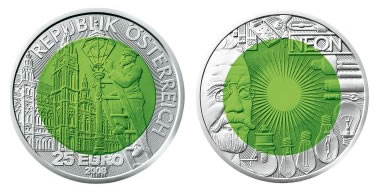 Canada was the 10th category winner. Its $2,500 gold piece, "Towards Confederation," was named Most Inspirational Coin. It is part of a series for the 2010 Vancouver Olympics and the design presents the full sweep of Canadian history. 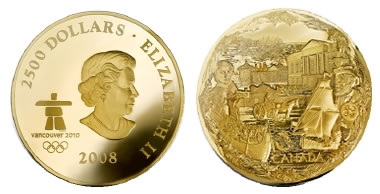 The COTY Award and the People’s Choice Award are sponsored by World Coin News, a sister publication to Numismatic News that covers the field of world coinage.

Nominations for the 2011 award can be made by anyone from among the many world coin issues dated 2009. Submit them with images and full descriptions to Lisa Bellavin at lisa.bellavin@fwmedia.com.