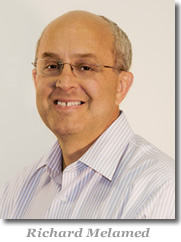 IRVINE, Calif. – Spectrum Numismatics International, Inc., one of the world’s largest rare coin and currency dealers, announced today that it has hired Richard Melamed as their Senior Numismatist.

"Richard Melamed is one of the most respected numismatists in the industry.  During his 36-year career, Melamed has done everything from running his own coin business to grading for Professional Coin Grading Service, to working for the largest names in numismatics.  His commitment to excellence will contribute to Spectrum’s continued growth as an internationally recognized pre-eminent rare coin and currency dealer," said Andrew Glassman, President of Spectrum.

"I am excited to take on this new challenge and add to Spectrum’s expansion," commented Melamed.  "Their reputation is unsurpassed in the industry and I am eager to add to that with my knowledge and experience."

Melamed has handled extensive numismatic rarities and is one of the most knowledgeable people in the business.  He has bought and sold hundreds of millions of dollars of coins, including some of the most desirable properties that exist in numismatics