Commentary It May Take More Than a Beer 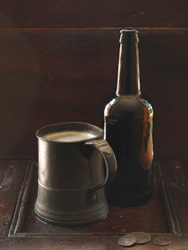 We are living in interesting times. The economy has problems and the experts cannot decide whether we are seeing a recovery or experiencing the proverbial dead cat bounce. Politics has gone berserk as the 24-hour news cycle cannot make heads or tails of the events in Washington as they watch the sausage making process of how to deal with 17-percent of the gross domestic product.

Collectors may have thought that we could withdraw into our world of numismatics and ride out this storm. The economy may be bad, but a creative collector can find other ways of enjoying the hobby. But this might now be the case.

From online forums to printed publication, there have been stories of collectors not being treated well by dealers. Stories have ranged from ignoring people at shows to dealers being rude in their own shops.

When I returned to collecting after my first wife died I felt a bit intimidated. I was interested in the hobby but I had forgotten what I had learned many years earlier. After 20 years away I found that the entire hobby changed with the growth of third-party grading. I was overwhelmed! But I found a dealer who was willing to talk with me, answer my questions, and point me in the right direction. I was so grateful that I purchased a starter collection of Peace Dollars from that dealer at a fair price.

Then I moved onto shows. I went to the Baltimore show for the first time and was awe struck by the size. But I was able to walk around the floor and talk to almost anyone about collecting. They were not put off by my questions and I was satisfied with their answers. This continued when I attended by first American Numismatic Association show when a large auction house allowed me to look at a $4 Stella even after I told the dealer that I could not afford the coin.

Over the last year I have noticed a change in the attitude of dealers. I have been ignored at some tables and practically chased away the table of a very well known dealer. I thought these were isolated incidents until I read the stories of people being accused of being tire kickers and wasting dealer’s time.

What is happening to the hobby?

Is the economy affecting dealers so much that in their haste to just make money they are chasing away future customers? Don’t they realize that a tire kicker may eventually be a buyer?

I know there are a lot of good dealers because I make sure I talk with many of them at the Baltimore show. But what about the other dealers? Are these rude dealers giving the hobby a bad name?

I am not against dealers making a living. In fact, I cheer for their success so that I can sit at their tables or visit their shops to ask questions and learn more about the hobby. I want them to be successful so that they can be there to help me find that special coin.

I know that times are difficult and that some online auction sites may be cutting into your business. But if you can hang in there, the economy will improve and business will return. In the mean time, please be nice to that young numismatist who walks up to your table with her father in tow to ask what their folder of circulated State Quarters are worth. It would not hurt to use this as an educational moment and build good will with a future customer.